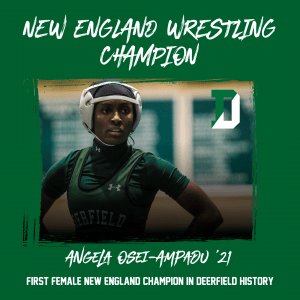 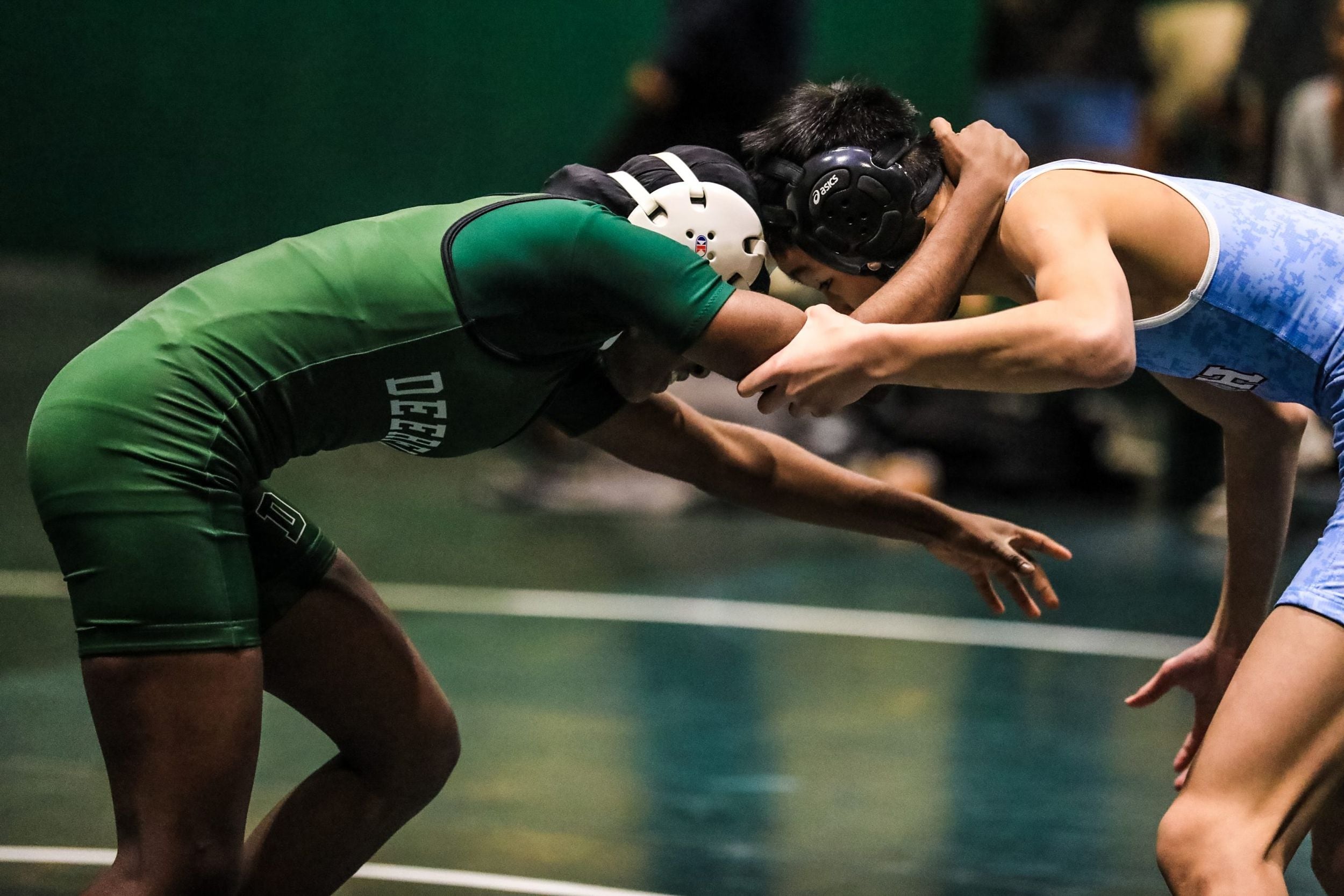 In wrestling, the “cement mixer” is a tough move, especially from a standing position. Basically, the offensive wrestler hooks his—or her!—dominant arm under the opponent’s shoulder, pulls him—or her!—off balance, hips in, and throws the opponent to the mat. Done right, it’s a pin. That’s exactly how team captain Angela Osei-Ampadu ’21 pinned all three of her opponents at the New England Independent School Association Girls’ Tournament on February 15th in Hartford, CT. After missing the first half of the season due to an ankle injury, Angie came back strong for the tournaments. She wrestled in the co-ed Class A Tournament at Hyde School in Bath, ME, putting up a great fight against all-male competition. Angie entered the New England tournament at a nearly ten-pound disadvantage, since the girls’ weights jumped from 105 to 121 (Angie wrestles at 113 during the regular season).  But, undeterred, she faced her competition with intelligence, integrity, and intensity—the very epitome of the values of Deerfield Wrestling. In the round of sixteen, Angie overwhelmed her opponent, pinning her in 2 minutes, 55 seconds with a score of 7-0. In the semifinals, she had a close match, nonetheless pinning her opponent at 4 minutes, 23 seconds with a score of 4-3. In her first-place match, Angie was relentless, overcoming her opponent from Middlesex School 4-1, ending the match with a pin in the second period at 2 minutes, 40 seconds to become the first female New England champion in DA history. As a captain, Angie has been a leader, an exemplar, and a role model; as a competitor, she’s an inspiration. Angie travels to Pennsylvania this weekend to compete at Prep Nationals! 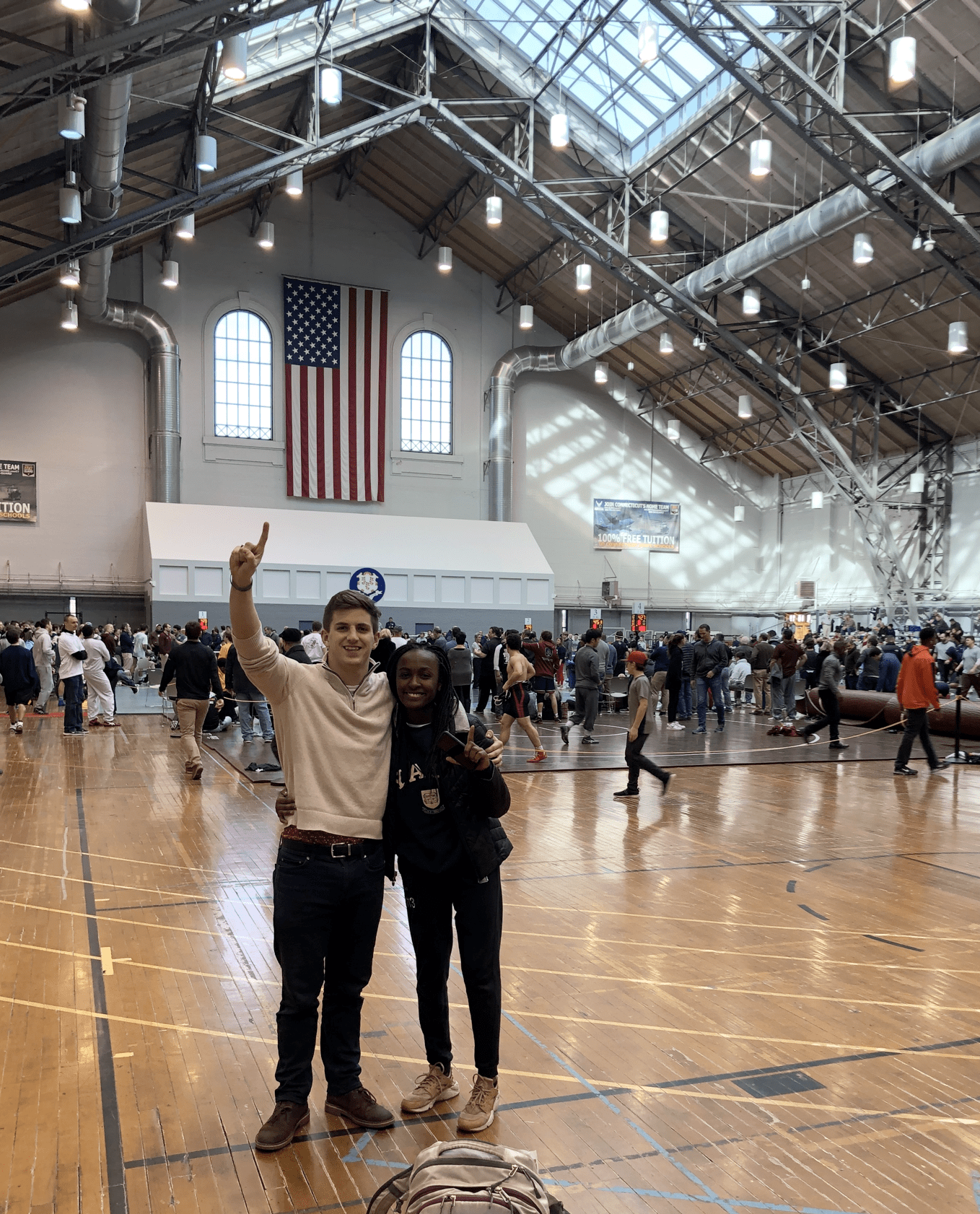