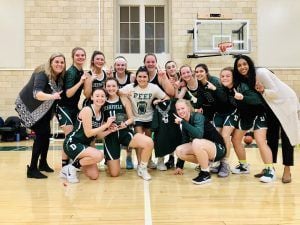 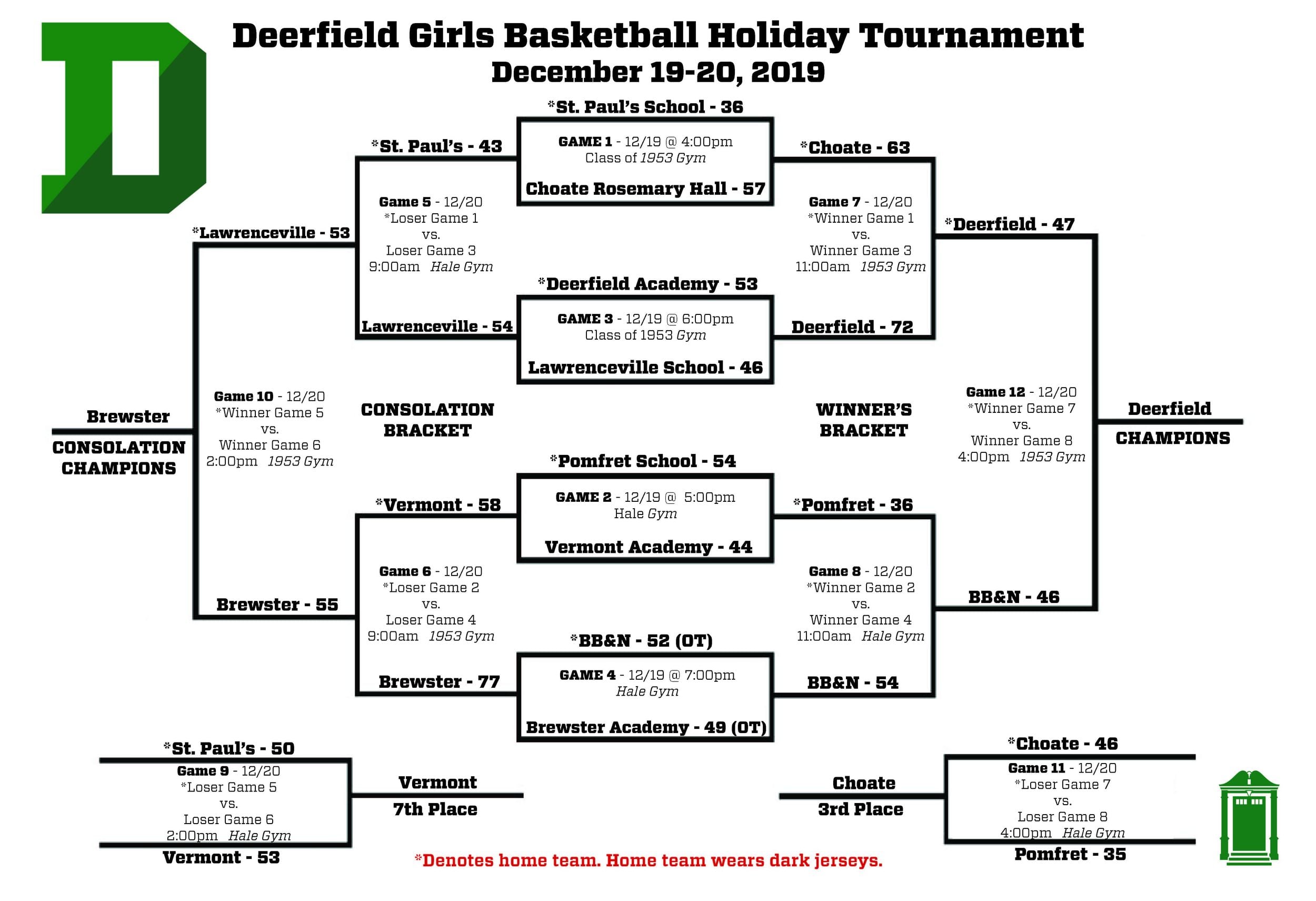 The team swept their opponents in their opening two games to earn their berth into the tournament championship game. On Thursday night, Deerfield outlasted Lawrenceville, 53-46. The team produced a well-balanced attack, led by Grace Arcoleo ’22 who finished +16; chipping in 11 points and adding 4 assists.  Raegan Hickey ’20 contributed in all of the statistics columns, earning; 7 points, 8 rebounds, 3 assists and 4 steals.  Kelly Lahart ’20 and Angie Czeremcha ’21 both scored in double figures to help secure the win. 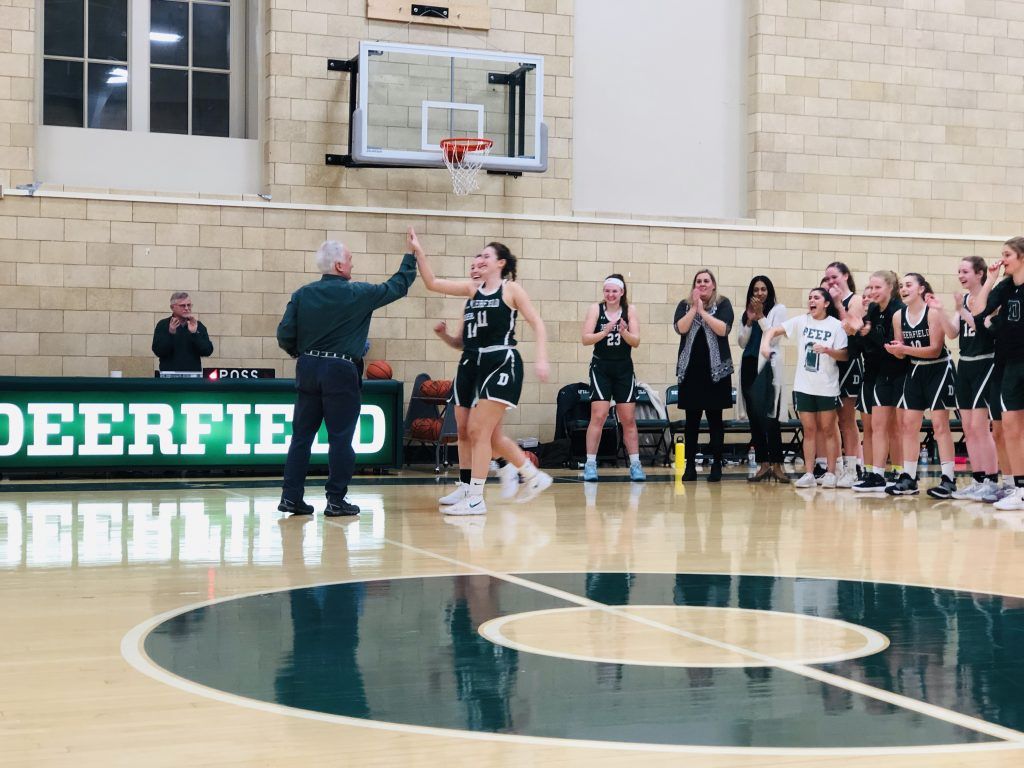 Next up, in their second game of the tournament, the Big Green faced rival Choate Rosemary Hall, setting up a rematch between the two-teams of the 2018 tournament championship game, where Choate was victorious. In 2019, the outcome was different; Deerfield took down the defending tournament champions, 72-63.  The Big Green shot just under 40% from the 3-point line and went 13-16 from the free throw.  Angie Czeremcha led the team, scoring 30 points and grabbed 9 boards. Teammates, Raegan Hickey and Claire Cummings ’21 also scored in double figures.

To tune in here to watch Wednesday’s game on livestream. 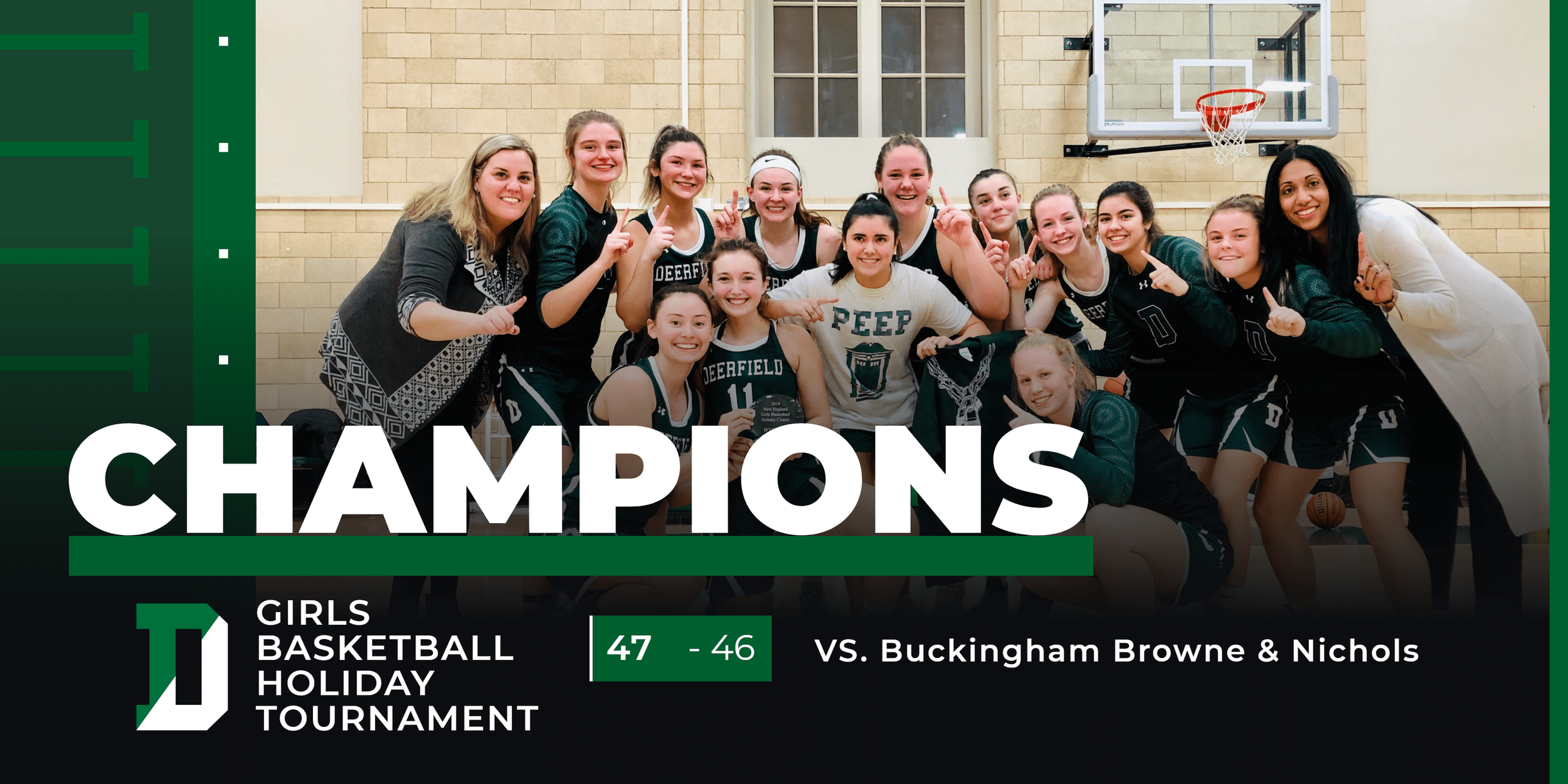