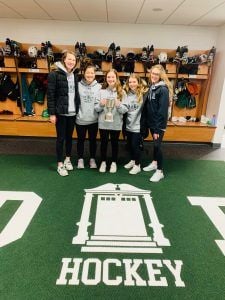 This year’s meeting between the Big Green and Griffins included the two teams coming together before the puck drop in support of concussion awareness week and the Headway Foundation. The Headway Foundation is a non-profit organization that aims to promote a safer sports culture, provide resources for patients and enhance concussion evaluation protocols and accessibility. 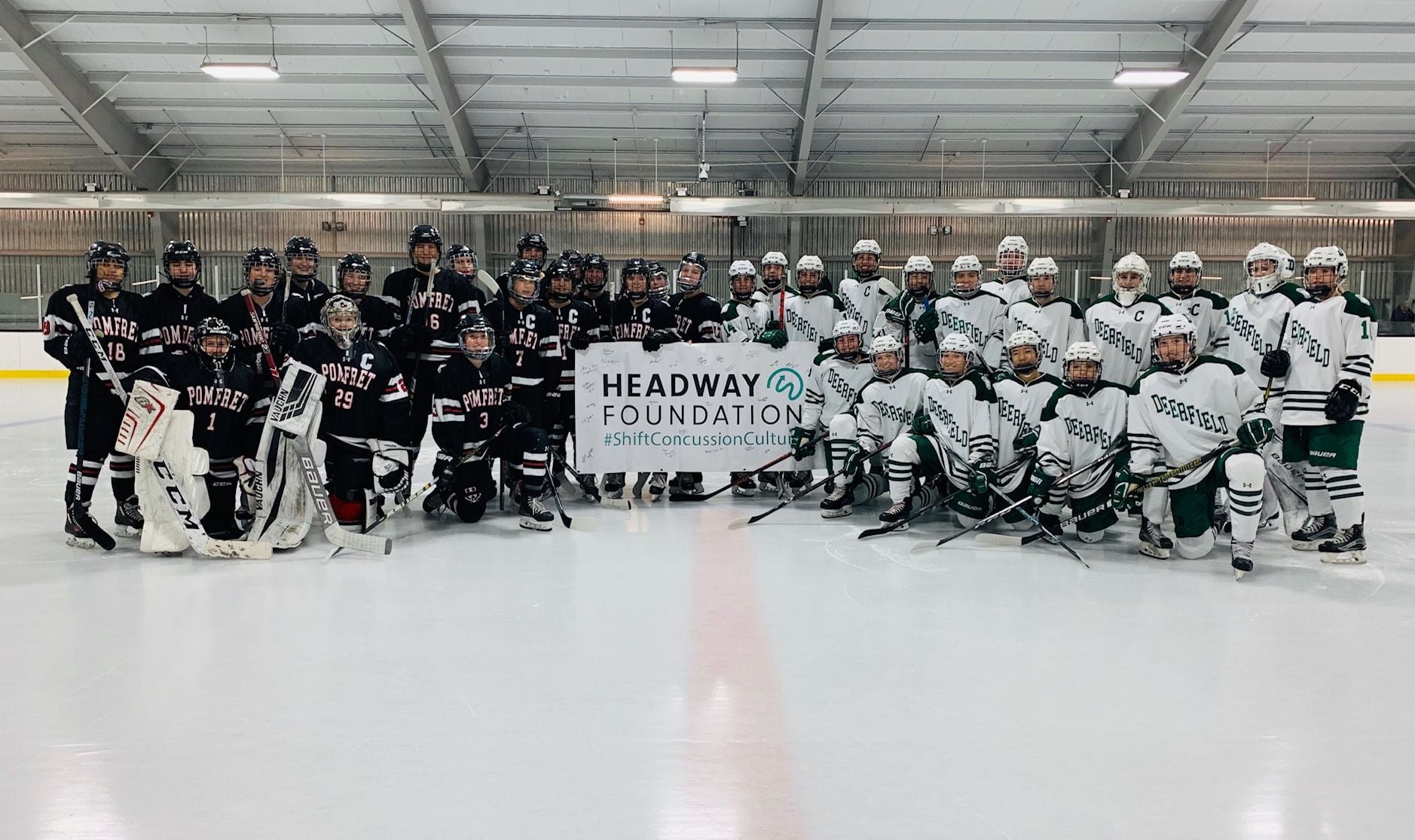 The Big Green inked the score sheet in the first period when Kelly Howe ’22 scored a top shelf goal on her back-hand with an assist from teammate Lisa Ito-Bagshaw ’21. Kelly quickly added another goal to double the lead for the green and white off of a rebound (assists to Lisa and Christina Halloran ’20).

In the second period, the Griffins were able to cut the lead, scoring two goals off of Big Green defensive breakdowns.

However, the Big Green responding adding two goals of their own in the second period to reclaim the lead. Second period goals were score by Sara Ito-Bagshaw ‘22 (assist to Brianna Felice ‘20) and Ellia Chiang ’21.

Entering the final frame, the Big Green held the 4-2 advantage over the home team.

Brianne scored a goal of her own in the final frame (assists Lisa and Jackson Kinsler ‘22) to round out the scoring for Deerfield and secure the 5-2 victory.

The Big Green improve their record to 7-9-1 and will return to action this Saturday, 2/1 at Andover, the game is scheduled to start at 2:20pm.