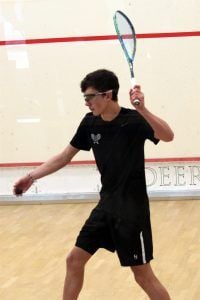 The wins extend the team’s current winning streak to six matches. In those six matches, the team has only conceded three out of 42 matches.

Up next, the team has four regular season contests before they compete at the National Tournament, starting on February 22. To kick-off the four-game slate, the Big Green will host St. Paul’s this Saturday. Then, the team will return to the road to face Avon on February 12, Andover on February 15 and Taft on February 19.