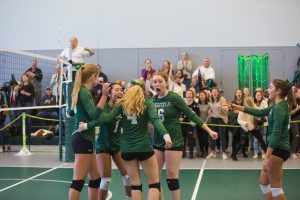 In the quarterfinal match, Andover was looking to avenge an October road loss (0-3) to Deerfield. The Big Blue used their home crowd to get off to a strong start against Deerfield, Andover eventually moved to 13-21 lead in the opening set. Deerfield staged a late rally; closing from 14-23 to 21-24 however, Andover was able to side out to take the first set, but Deerfield had shown it wouldn’t go down without a fight.

In the second set, it was Deerfield who started strong behind the hitting and blocking of Evan Burkert ‘21 and Lara Akande ‘20. Camila Navarro ‘20 used great defense and smart, skillful hitting to help Deerfield extend its lead to 15-9 and then 17-11. Andover fought hard and used their strong middle hitting to keep it close, but Deerfield put together more consistent hitting and passing to win the 2nd set. 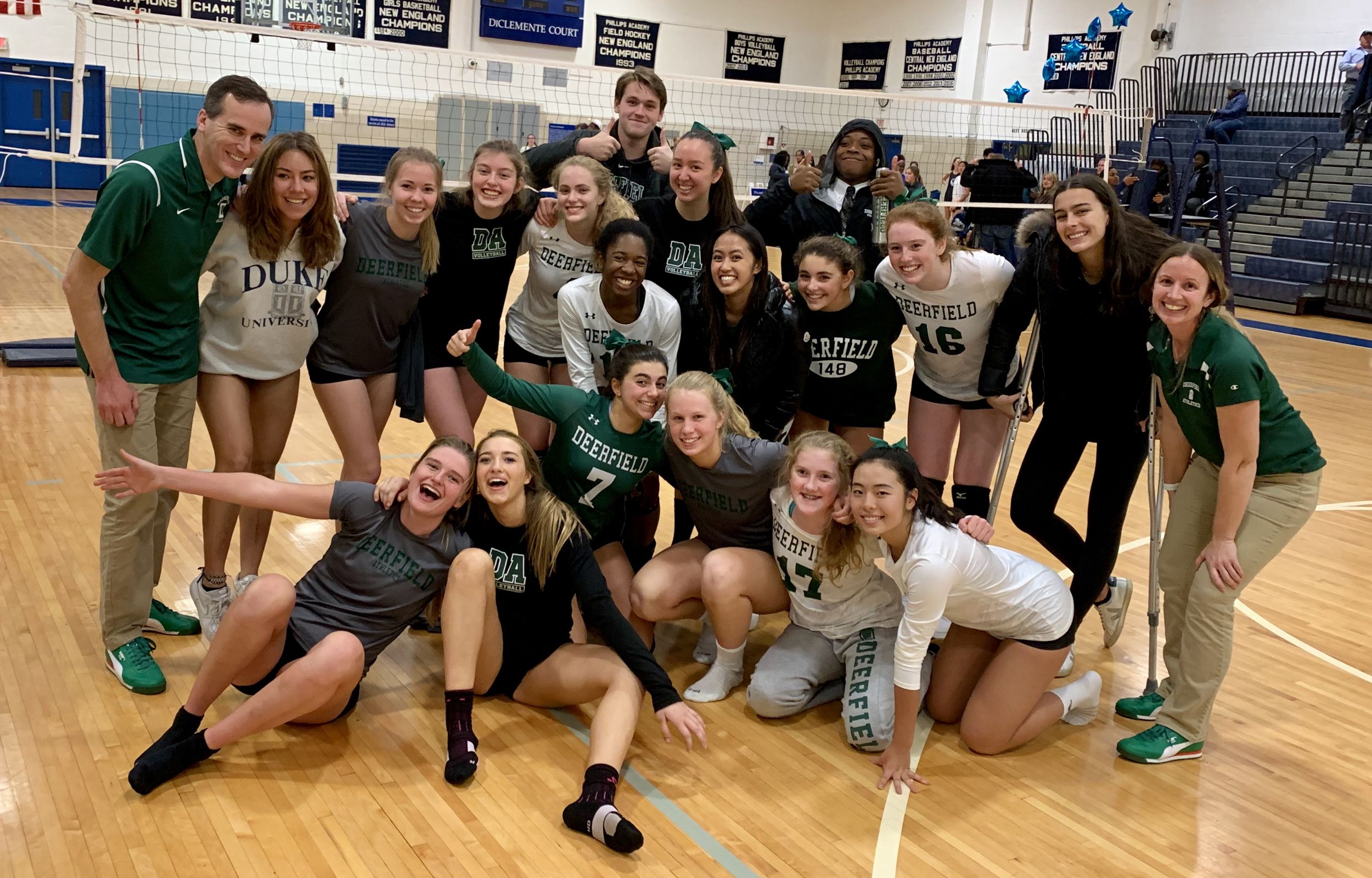 With the match tied at 1-1, it looked like the 3rd set might be all Andover as the home team moved ahead to a lead of 4-13. But Deerfield started to ramp up its intensity and strong serving and blocking followed, including great kills from Zoe Gavros ‘23 and Georgia Sackrey ‘23. Camila Navarro stepped to the service line at 21-22 and proceeded to serve out the set for a great comeback and a 2-1 set lead.

In the 4th set Deerfield was unable to continue that momentum and Andover played strong volleyball to take the 4th set 13-25 and send it to a deciding 5th set.

In the 5th set the Big Green, took command of the court, putting up strong blocks at the net, hitting effectively around and off Andover’s blocks, and serving consistently and strongly. Daphne Gavros ‘22 played unbelievable defense and Rosa Sun ‘21 used great passes to run a strong offense. Evan Burkert stepped to the line at 12-5 and proceeded to serve out the match for a great road victory!

With the quarterfinal win, Deerfield will look to extend their playoff run when they travel to take on #1-seeded Exeter at 2:00pm in a semifinal match on Saturday, November 16.