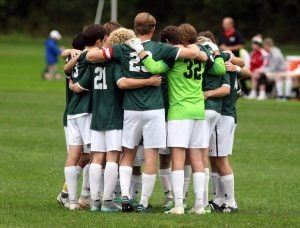 After the two and a half hour bus ride to western Connecticut, the Big Green did not waste any time, as they dominated the play from start to finish, putting together 90 minutes of fine soccer.

The Big Green offense got on the board in the 30th minute of play when Brendan Kish ‘20 scored the only goal of the first half. Brendan struck a ball which careened off a defender and dribbled through the opposing goalkeeper’s hands and into the goal. 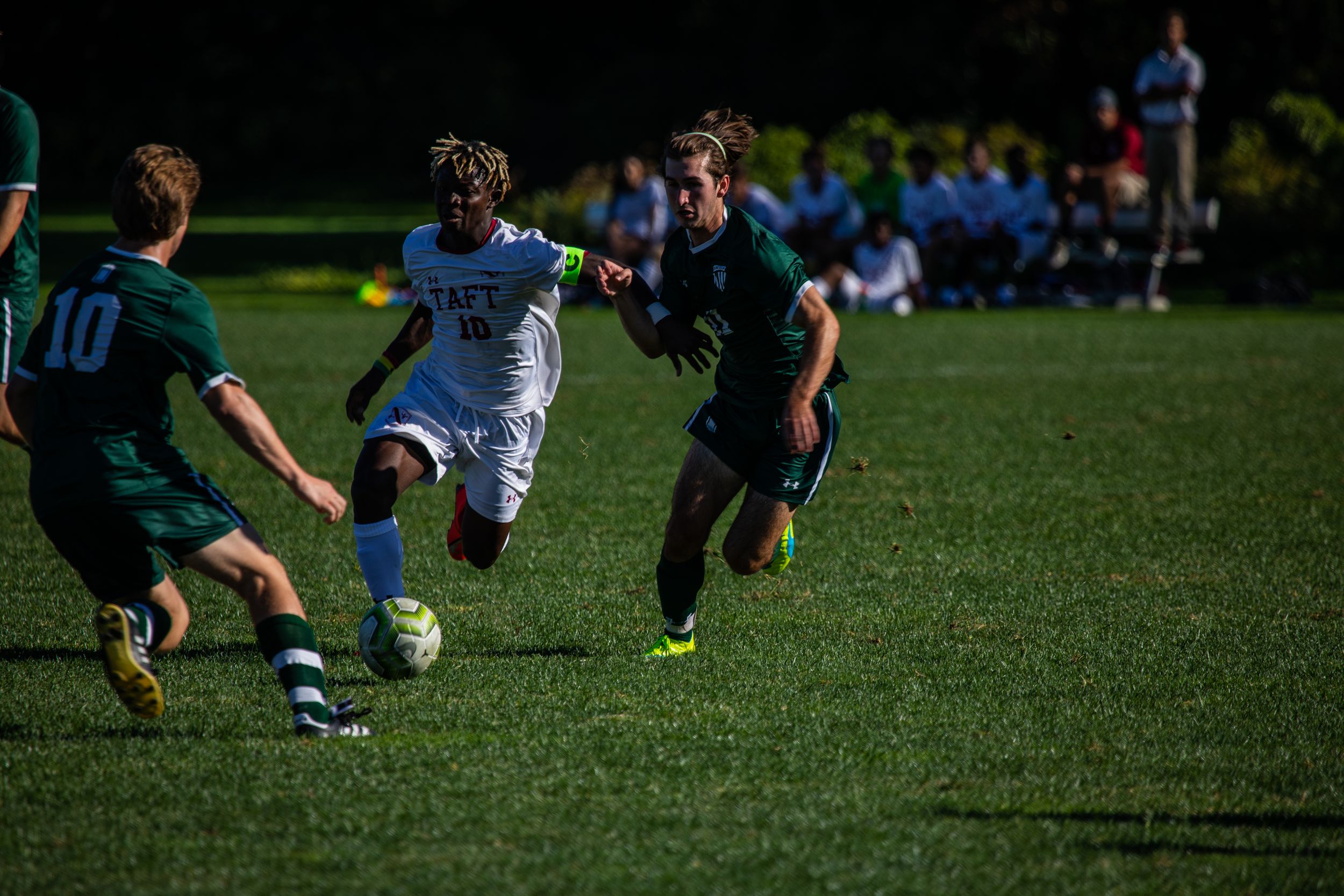 Kent struck back in the 10th minute of the second half, converting a penalty kick that just escaped the hands of diving goalkeeper Ben Diffley ’20; but Deerfield responded immediately, when Skye Bacon ’20 helped to convert a ball from Brendan Kish less than a minute later.

With the score 2-1, the rest of the game belonged largely to Deerfield, though Kent made numerous forays into the DA box and on several occasions came very close to narrowing the scoreline, the Big Green backline stiffled Kent’s attack.  In the 26th minute of the second half Jimmy Goranov ’20 pounced on a loose ball in the box and ripped home a blast to the bottom left-hand corner of the goal, effectively sealing the victory for DA – and scoring his first varsity goal for Deerfield!

Tynan Creagh ’22 registered the team’s fourth goal of the day in the very last second of the game, heading home a Brendan Kish corner-kick and thus notching his second goal of the season. A decisive victory for the Big Green!

Deerfield looks forward to their next match this Wednesday at defending Class-A champions, Berkshire.