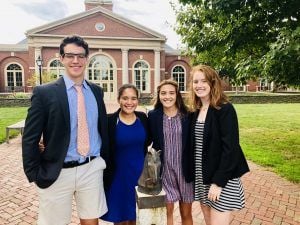 Congratulations to our first fall 2019 Athletes of the Week!

Greer Anderson ’22 earned Athlete of the Week for girls’ JV soccer for her team-first attitude and willingness to try new things. With no prior experience, she volunteered to step up for her team and try goal keeper when we needed one. After only a few practices, we faced off against Westminster, and Greer stepped up to the challenge. In a tight game, she remained poised under pressure. She did an awesome job clearing the ball out, and made nine saves, including a direct penalty kick! Greer has been an impressive team player this season and we appreciate her hard work.

Our ATOW for JV football is Bryce Pang. Bryce picked up from where he left off last year and found the end zone a few times this past Wednesday. He is a powerful runner who is selfless and does what his coaches ask. He kicked off, played defense, and ran the ball hard. He is a guy that his teammates love being around.

Alex Strait has helped Boys Junior A Soccer get off to a great start. His solid, experienced play at sweeper has carried our defense while new additions to the team get acclimated. With quick thinking and a heavy right foot, Alex is a big reason we’ve allowed only one goal in our first two games. He’s often the first one to arrive to practice and his quiet leadership sets a great example for his young teammates.

For varsity volleyball, this week’s athlete of the week is Keri Clougherty ‘21. Keri’s energy, focus, and steady presence have been great assets to the team so far this year. With her strong blocks and excellent serving, she plays a key role on the court and her selfless, team-first attitude raises the level of play for everyone around her. She sets a great model for everyone about how to work hard and improve each day. Congratulations!

Ryan is an incredibly hard worker everyday in practice.  He brings a ton of energy and a contagious smile to practice each and every day.  Although Ryan started off the season playing defense, he has found himself a new home as striker.  This weekend against Brunswick, Ryan scored the first goal of the game (also the first goal of his Deerfield career).  Late in the second half, Ryan scored a beautiful header, his 2nd of the game, to put Deerfield ahead. 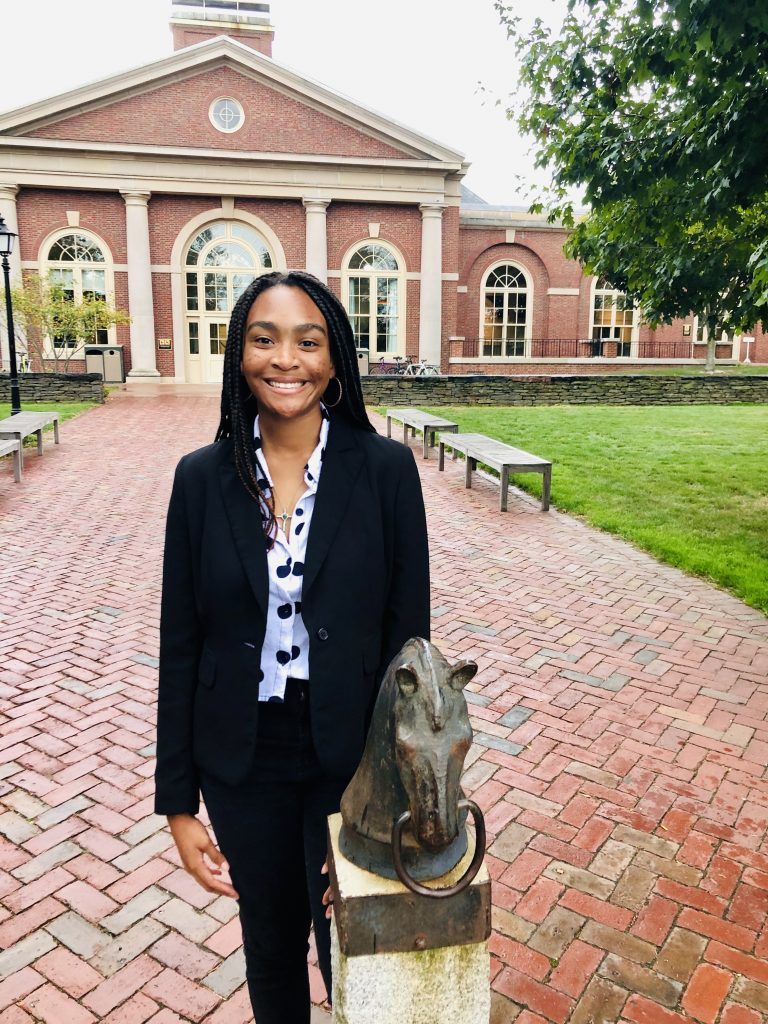 Jazz and Stella became the heroes of thirds soccer this week when they volunteered to play goalie for our first game against Miss Porter’s. Stella made some stellar saves in the first half, and in the second half Jazz defended the net like a pro. With their invaluable help in goal, Deerfield came out on top in this close match-up, defeating Miss Porter’s 3-2.

This week’s AOTW for Girls Varsity Field Hockey is Sydney Cresta ’20. From day one Sydney has come to practice and games ready to work hard and hold her teammates to a high standard. She hustles to support her teammates on the field, works hard off ball and demonstrates her excellent stick skills on a daily basis. Sydney is a great example of what it means to be humble—her humility, talent, and positive, easygoing attitude have earned her a lot of respect and admiration from her teammates and coaches alike. On top of that, she has a steady stick in the circle and knows how to find the back of the net! We are excited to see what the rest of the season holds for Sydney and are pleased to have her as a member of our team this year.

Sam Bronckers is a player and teammate who leads by example — in the locker room, on the practice field, and on game day.  Sam has the attributes of a champion, and every day he brings the ACES — attitude, commitment, effort and skill.  Coaches and teammates alike recognize this in him.  He fills multiple roles on the field, though normally plays on the flanks as a back or in the midfield.​

Senior co-captain Annabel Gerber is the girls varsity soccer athlete of the week. In the opening weeks of the season, Annabel has been asked to play several different positions. With a positive and willing attitude, she has stepped into all of these positions and made an impact for the team; illustrating both her versatility as a player and her leadership. She has been an integral part of the team’s defensive that has only one goal in the past two games and has been a catalyst to our attacking opportunities. Additionally, she has been serving in dangerous corners and free kicks. We are excited to award Annabel with AOTW and look forward to the rest of the season! Congrats, Annabel!