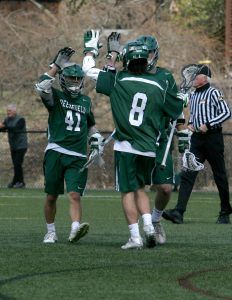 The boys varsity lacrosse team earned their 13th consecutive win of the 2019 season on Saturday, May 11 against visiting Avon in front of a great crowd on Spring Family Weekend in perfect spring conditions.

The Big Green inked the game’s score sheet first as they jumped ahead to a 2-0 lead. Avon responded to cut the lead in half in the first quarter. The team’s exchanged possessions, but quickly the possession advantage swung in favor of the Big Green who capitalized on their opportunities by finding the back of the net.

Saturday’s win is the team’s 13th consecutive win this season and improves their season record to 13-2. The Big Green will face off against undefeated Salisbury School this Wednesday, May 15 on the road at 4:15PM. 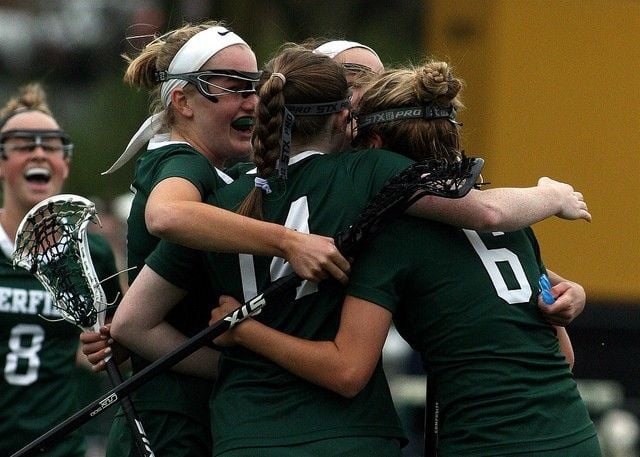 To close out their 2019 season, the girls varsity lacrosse team will face Berkshire on the road this Wednesday, 5/15 and return home on Saturday, May 18 to host Exeter at 1:45pm.

Two games also remain on the girls JV lacrosse schedule; they will face Williston for the second time this season on Wednesday, May 15 and conclude their schedule against Exeter on Saturday, May 18.

The boys JV lacrosse team were also victorious on Family Weekend, defeating Avon 7-5. The team jumped ahead to a 4-1 lead in the first half and persevered through man-down situations to earn the victory.

The team will travel to Salisbury School on Wednesday, May 15 to face off against the Knights and return home to conclude their 2019 season against the Big Red of Exeter.

Congratulations to all the Deerfield lacrosse teams on their weekend sweep!