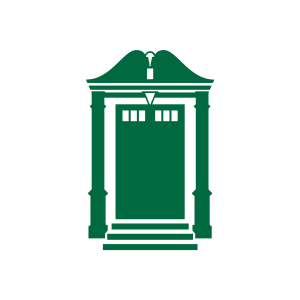 Yesterday was a perfect spring day; the sun was shining, skies were clear and the temperature was in the 70’s. Big Green teams capitalized on the beautiful conditions to secure 14 victories on the day.

Varsity softball jumped ahead to an early 7-1 lead in the opening inning and never looked back; earning their third win of the season with the win over Stoneleigh-Burnham.

Girls tennis traveled to Suffield to face the Tigers and quickly took command of their matches. Both the girls varsity and JV team swept their Tiger opponents 7-0. With the win, the girls varsity squad remains undefeated this season and the JV team earned their third win, improving their 2019 record to 3-1.

Boys varsity and JV tennis welcomed Loomis and Eaglebrook to campus for their Wednesday matches. Boys varsity picked up their fourth win of the season defeating the Pelicans 7-0 and boys JV defeated neighboring Eaglebrook 6-1.

All Big Green lacrosse teams were on the road yesterday. Girls varsity and JV lacrosse traveled to local rival, Northfield Mount Hermon and continued their winning streak. Girls varsity defeated the Hoggers 15-4, shutting out the home team in the first half on their way to earning their fourth consecutive win this season. Girls JV were victorious over the Hoggers by a score of 15-2.

In an exciting game at Longmeadow High School, the boys JV lacrosse team scored the game tying goal in the final second of play and went on to seal the victory in overtime 7-6. Also on the road, boys varsity lacrosse traveled to Pawling, NY to battle the Trinity-Pawling. The Big Green controlled the face-offs and much of the game’s possession to defeat Trinity-Pawling, 13-4. Yesterday’s win marked the team’s fifth straight win and their season records stands at 5-2.

Golf recorded two wins yesterday, defeating both williston and Wilbraham & Monson. Will Lodge ’22 led the way for the Big Green as the team’s medalist on the day, scoring three under 33. JV golf was victorious over Old Main Street neighbor, Bement.

JV baseball defeated Cushing 15-2 on their home field while, varsity baseball fell to Worcester at home in their first meeting of the season with the Hilltoppers. Entering the week, Big Green varsity baseball was ranked No. 4 according to the New England Baseball Journal and now their season records sits at 5-2.

On Saturday, ultimate won their division in the NMH tournament and carried that momentum into yesterday’s game vs. Williston; earning a 15-8 victory over the Wildcats.

Overall, the Big Green amassed 127 goals and points yesterday, excluding golf scores, while only conceding 38 goals and points to their opponents. Deerfield teams will return to action this Saturday! Visit the Athletic Schedule to see who and where teams will be playing next.