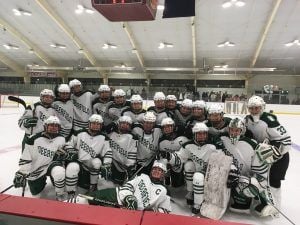 To close out their 2018-19 season the girls varsity hockey team scored a stunning overtime goal to conclude their season with a victory over playoff-bound Loomis Chaffee on the road.

Loomis got on the board first. Deerfield quickly tied the score off of a Christina Halloran ‘20 goal, and then took the lead in the second period when Mary Edmonds ‘19 found the back of the net. Both teams battled hard throughout the game, and Loomis was able to tie the score with under twenty seconds to play.

In overtime, Caroline Skillman ‘19 had a key blocked shot, setting the stage for an eventful finish. With a face off in our end and 19 seconds to go, Deerfield called a time out. Though Loomis won the ensuing draw, Mae Emerson ‘19 was able to pop the puck out of the zone. With Ellia Chiang ‘21 occupying one defender’s attention, Edmonds picked up the loose puck, crossed the red line with 4 seconds left, skated over the blue line, and blasted the puck into the net through a screen as time expired, setting off a huge celebration. The thrilling OT win over Loomis marked the first time Deerfield defeated the Pelicans in ten years, adding to the team’s excitement.

The team’s perfect OT execution had been well-practiced, specifically, six of the Big Green’s games this season went into overtime.

Saturday’s season finale was an unbelievable end to the season, and certainly, a moment that will be remembered for a long time by all, especially the group of eight seniors: Erin DeMarco, Edmonds, Emerson, Ali Fujiyoshi, Raegan Hill, Jordan Manning, Deirdre Mullowney and Caroline Skillman. 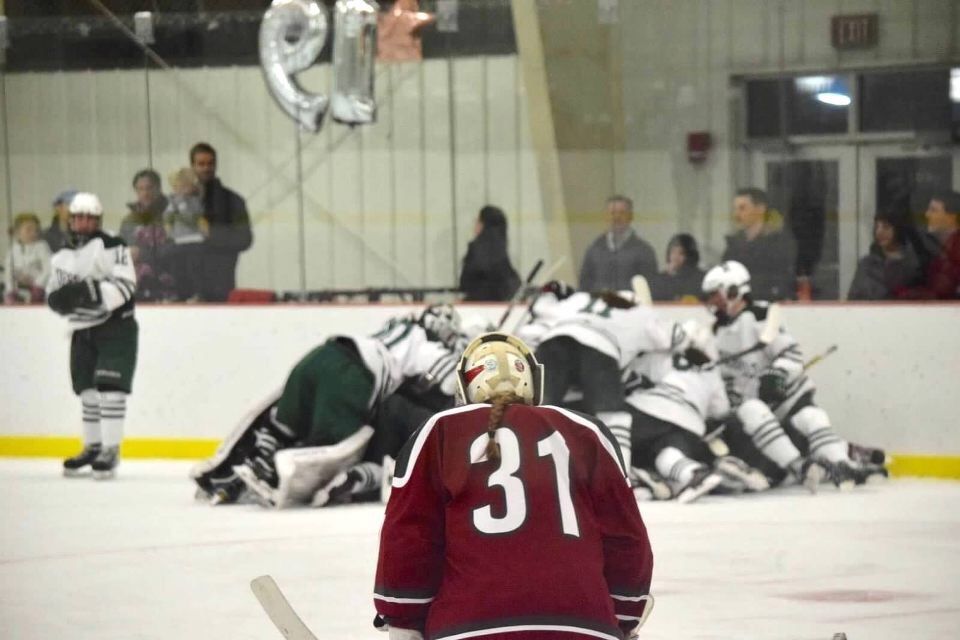 To quote the coaching staff, “This group of eight remarkable athletes has been instrumental in the ascension of Deerfield Girls Hockey, and have represented our team admirably both on and off the ice. It is a special group, we are confident that their legacy will be carried forward.”

In their inaugural season in the Class of 1993 Rink, the girls varsity hockey made it a season to remember. This season the Big Green posted a 14-8-3 record, which is the winningest season since the team’s 2000-01 campaign when they won the New England Championship. Additionally, for the first time in program history, the Doors captured Cushing’s Edward G. Watkins Tournament Championship with their 1-0 win in the final vs. the host team Cushing Academy.

Congratulations to the girls varsity hockey team on their winning season!