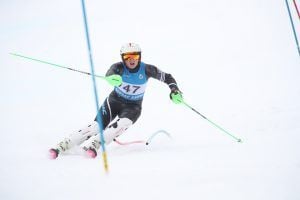 Kikka Guidice ’20 paced all Deerfield racers on their opening day. She finished in first place in the slalom event with a combined score of 68.73 for both of her runs. Then, it was a race for the silver medal between Big Green teammates Valerie Hetherington ’19 and Maddy McCarthy ’19. Only 0.5 seconds separated the combined scores of these Deerfield skiers. Ultimately, Valerie Hetherington earned the silver medal (72.73) and Maddie McCarthy earned the bronze (72.77) in her first ever race for the Doors.  Additionally, Madeline Carey ’20 rounded out the Big Green scoring with her seventh place finish (81.55). 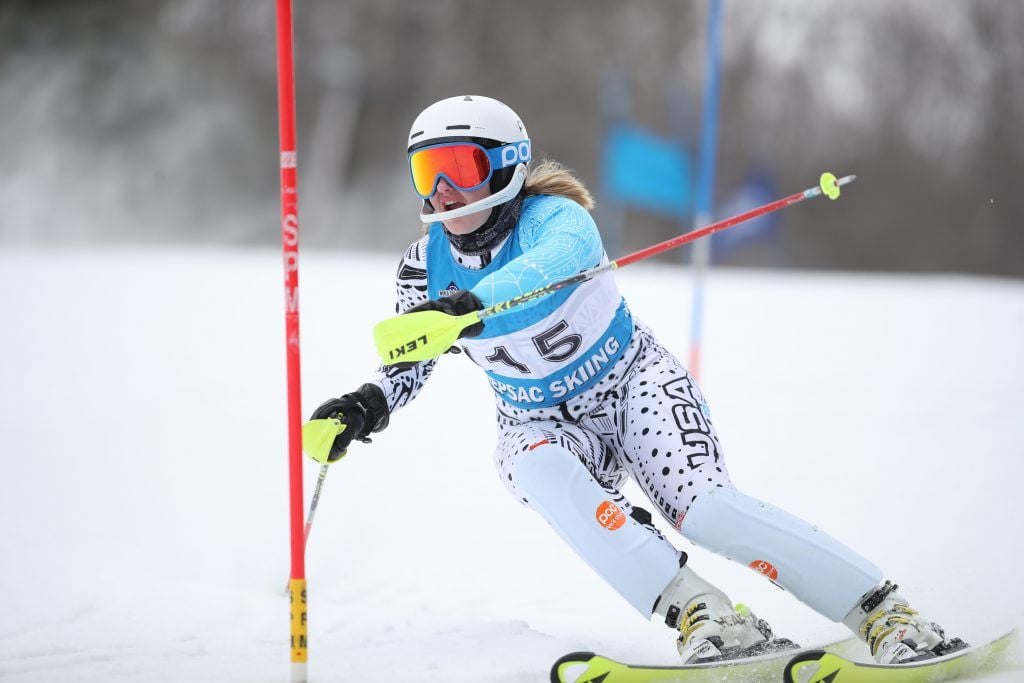 Achille Sarachek ’21 was the leading points getter for the Big Green boys team, he finished in second place (68.16) just behind Nils Skaane from NMH. Garrett Alexander ’19 was close behind, posting a third place finish with a combined score of 69.65. Five more Deerfield skiers finished in the top-10 to complete the Deerfield scoring. Tait Kline ’22 finished in fourth, Axel Mattson ’21 was sixth, Alexander Grosse ’22 crossed the finish line in seventh and JP Patton ’19 and Nick Baker ‘21 finished in ninth and tenth respectively.

Overall, the girls team registered a total of 200 points and the boys combined to post 306 points in the race.

The Big Green will look to extend their early season dominance on the slopes this week in the second MISL race of the season this Wednesday, 1/16 at 3:15pm at Berkshire East.