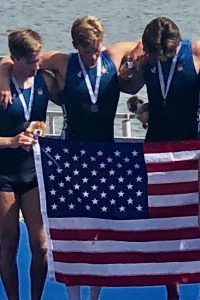 While Deerfield sports were on pause during the summer months, Deerfield student-athletes were still hard at work competing at both the national and international levels and earning recognition for their achievements in their respective sports.  As we countdown to the kick-off of the 2018 fall sports season, we will celebrate some of the many achievements made by our student-athletes this summer! First up on the countdown, Deerfield rowing’s Henry Lowe ‘19…

After capturing a gold medal at the 2018 US Rowing Youth National Championship in June with the Big Green, Henry Lowe was invited to the 2018 U19 Men’s National Selection/Training Camp in Chula Vista, CA during the months of June and July.  The selection camp included 54 rowers from across the country, who were competing for seats in the Team USA boats that would race at the 2018 Junior World Championships in Racice, Czech Republic from August 8-12.

At the end of July, at the completion of the training camp, Lowe was selected as a member of team USA’s 8+ bound for the World Rowing Junior Championships.  In the opening heat of the World Championships on August 9, Lowe, in the two seat, and team USA led through the first 1,000 meters of the race. In the final sprint, the crew dropped to third place finishing at 5:51.870 behind Great Britain (5:49.090) and Italy (5:51.040).

With the third place finish in the opening heat, Team USA had to race against the Czech Republic, Russia, The Netherlands, Hungary and France in the repechage in order to earn a place in the finals. Less than 48 hours after the opening heat race, Team USA was back in the water for the repechage where they were victorious, crossing the finish ahead of five other international boats, clocking a time of 5:39.010 and securing their seat in the World Championship Finals. 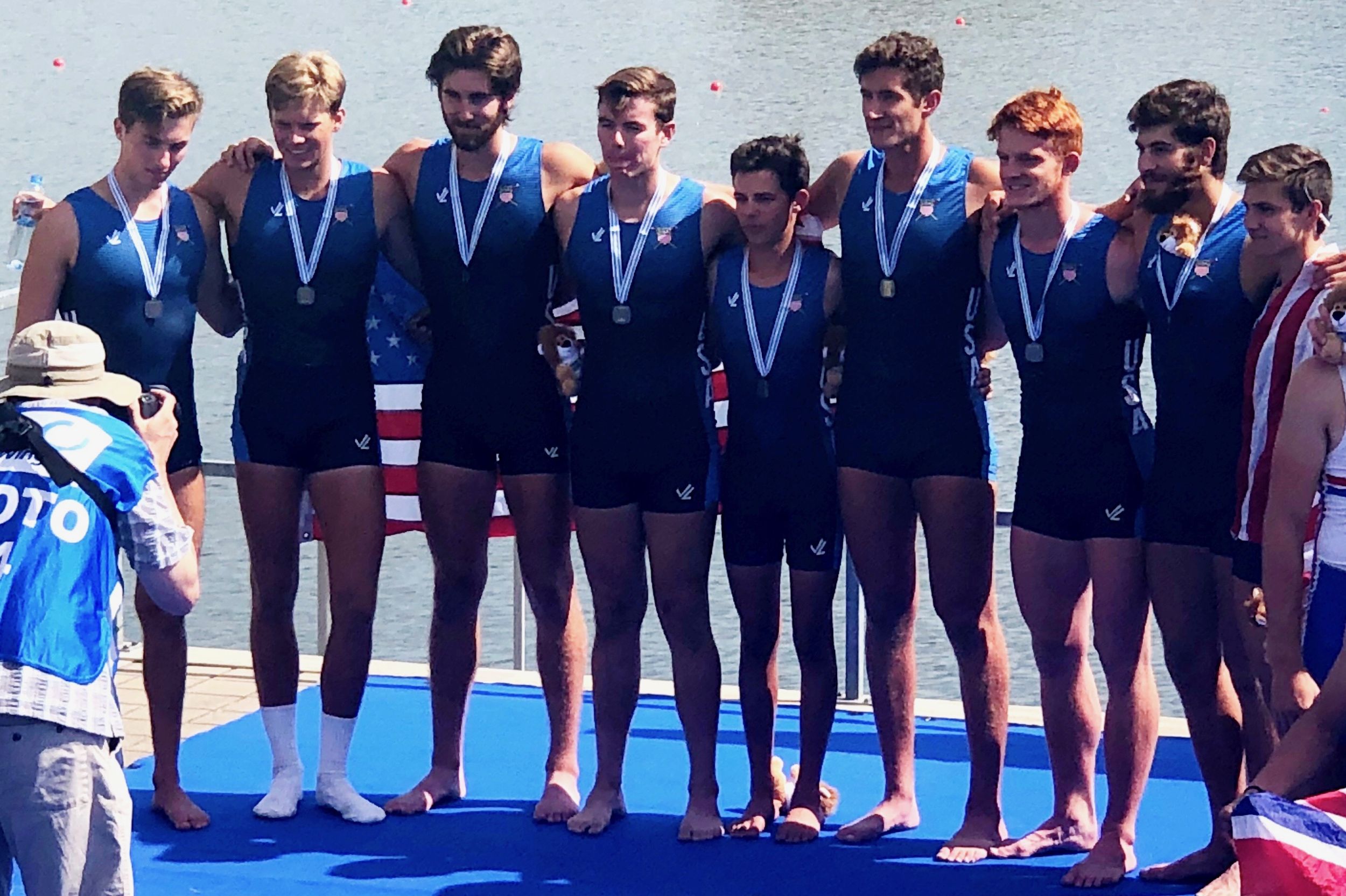 On Sunday, August 12, the Junior Men’s 8+ Final race featured boats from Great Britain, Germany, Hungary, Italy, Poland and Team USA.  In the final race, Team USA again pulled away from the field with Great Britain and Italy, the two boats who had edged them in the final sprint of the opening heat. It was a different story in the final, with Team USA racing to a silver medal finish, with a time of 5:38.340, less than a second behind Great Britain (5:37.560).

Congratulations to Henry and Team USA on bringing home the silver medal from the 2018 World Rowing Championships!  The 8+’s silver medal was one of seven medals earned at the world event by the Team USA boats, which was the highest number of medals earned by a country at the event.

This year, Henry returns to the Pioneer Valley to help the Deerfield boys rowing team in their pursuit to capture their third consecutive US Rowing Youth National Title!