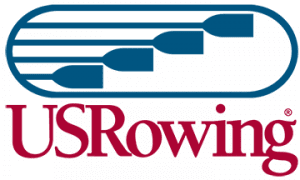 USRowing invited two Deerfield rowers from the national youth championships gold medal 4+ boat to the upcoming national team camp.  Henry Lowe ’19 was invited to the Under 19 Men’s National Team Camp and Jimmy Patton ’20 was selected to attend the Under 18 High Performance Camp as announced Monday by USRowing.

This season, Henry and Jimmy rowed to an undefeated season which was capped off with the  New England Interscholastic Rowing Association Championship first boat gold medal and team title in the 4+ division and they concluded the 2018 season by capturing the gold medal in the men’s youth 4+ division at the USRowing Youth National Championships in Gold River, CA.

Gordon Johnson ’17 was Deerfield’s most recent rower to participate in the U19 men’s national team camp.  From the camp, he was selected to the stroke seat of team USA’s U19 8+ crew who won the silver medal at the 2016 World Junior Rowing Championships in Rotterdam, Netherlands.