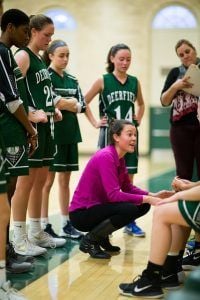 The Big Green wrapped up the final 2017 regular season Wednesday contests on a positive note. Yesterday, Big Green teams across all levels posted a cumulative 13-3-1 record.

The boys and girls squash teams led the way going 5-0 over their opponents. The girls varsity and JV teams traveled to Groton and both earned 7-0 results to improve their early season records to 3-0. The boys varsity and JV squash teams hosted Loomis, earning 2 more wins. The varsity team defeated Loomis 7-0 and the JV team won 6-1. In the stands yesterday cheering the Big Green to victory was NCAA National Squash Champion, Osama Khalifa ’14!

Both the boys and girls varsity basketball teams earned wins on Wednesday. The boys basketball traveled to Pomfret to defeat the Griffins by a score of 71-45 to extend their winning streak to 2-games. At the home, the girls basketball welcomed Miss Hall’s and earned their first win of the season, 49-27. In other basketball games, the girls JV team defeated Old Main Street rival Bement, 41-21 and the boys thirds basketball team visiting Eagle Hill 52-37.

On the ice, the girls varsity hockey team made the trek north to play St. Paul’s. In an exciting back-and-forth game, the Big Green rallied from a 0-2 deficit to earn a 2-2 tie in OT. Up the hill at the Eaglebrook rink, boys JV hockey secured their first win of the season in a 6-0 game over Winchendon. 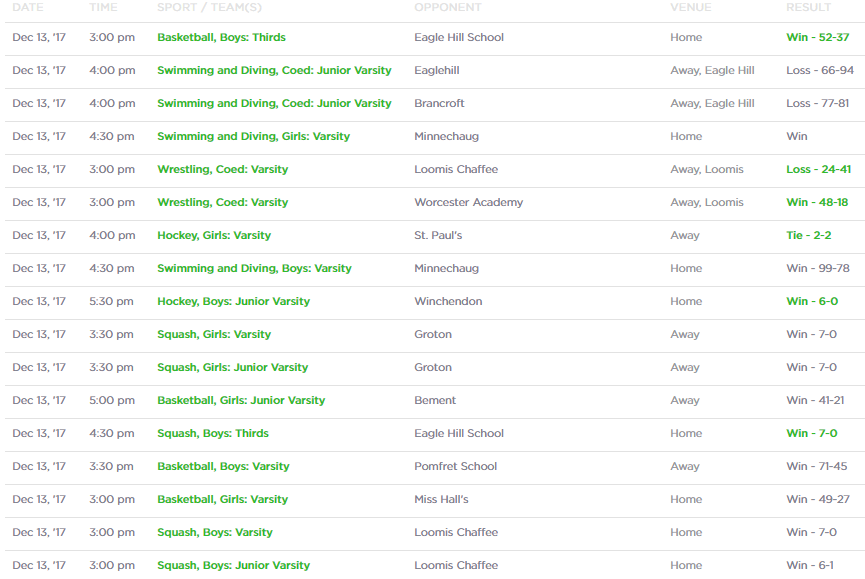 Wrestling traveled to Worcester for a tri-competition with Worcester and Loomis. The Big Green wrestlers finished the day at .500 defeating Worcester Academy 48-18 before falling to Loomis 24-41.

Yesterday’s contests concluded in the pool with both the girls and boys varsity swimming & diving teams earning wins over Minnechaug.

All Deerfield athletic teams will resume competition in the New Year on January 3rd, 2018. For the complete winter 2017-2018 athletic schedule, click HERE.