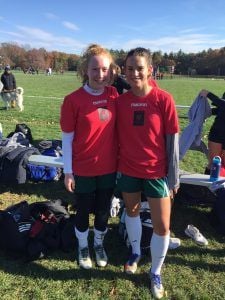 We are excited to congratulate boys and girls soccer players for being recognized by their leagues for their contributions and efforts this season on the field.

This season, Brenna led the Big Green girls soccer team in points and was the team’s leading goal scorer with 8 goals and 3 assists. Her goal at Wilbraham proved to be the game-winner in the team’s first win of the season. Ali a senior co-captain led the team in minutes played this season, only coming off the field briefly in one game. To add to her minutes played, Ali scored the equalizing goal in the final minutes of play against Westminster. Ali worked tirelessly at both ends of the field – winning the ball, initiating the team’s attack and stifling the opposition’s attack. Both Brenna and Ali played in the WWNEPSSA All-Star game on Sunday, 11/12 with other All-WWNEPSSA players at the Ethel Walker School. 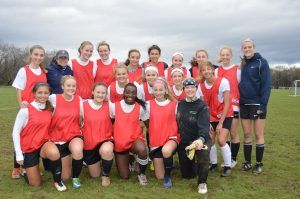 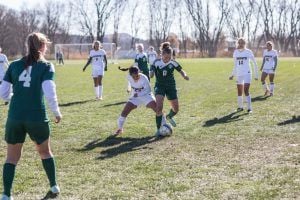 Valerie Hetherington ’19 and Bailey Cheetham ’19, were nominated to represent the Big Green at the 2nd Annual 2017 NEPSWA Junior All-Star Game. At goalkeeper, Valerie earned 3 shutouts this season and made some big saves throughout the course of the season. Bailey, a center midfielder was a spark in the midfield for the Big Green this season, scoring 2 goals and creating ma 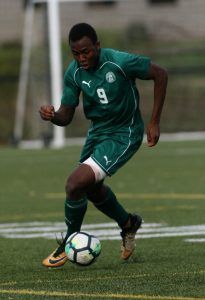 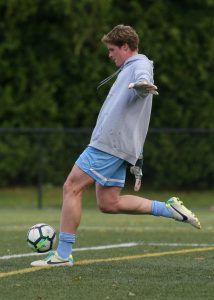 The Junior All-Star game took place on Sunday, 11/19 at the Loomis Chaffee School prior to the NEPSAC girls soccer championship games.

The Western New England Prep School Soccer Association recognized post-graduate student-athletes Cabrel Happi and Pat Logan for the 2017 season. Happi was the leading scorer for the Big Green. His most impressive performance of the season came in the final game against Choate, Happi scored a game-high of 4 goals in the team’s 4-2 victory over the Wild Boars. At the other end of the field; goalkeeper, Pat Logan defended the pipes for the Big Green and earned 5 shut outs on the season. Logan also contributed to the team’s attack and scoring opportunities by assisting several of Happi’s goals with his long-range service. Both Cabrel and Pat were invited to play in the NEPSSA All-Star game on Sunday, 11/19. 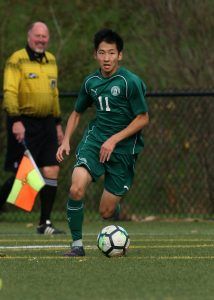 Junior forward, Young Gun Lee was also recognized by the NEPSSA as the Big Green’s Junior All-Star. Young Gun combined with Cabrel in the attacking third to create many of the team’s dangerous scoring opportunities this season. Young Gun threatened opponents with his quickness, speed, and nose for the goal. Young Gun competed in the Junior All-Star game on Sunday, 11/19 at NMH.