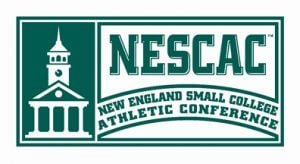 This weekend, three Deerfield field hockey alumnae will compete in the semifinal of the New England Small College Athletic Conference (NESCAC) tournament. Top-seeded Middlebury will play host for both games as they face No. 7 Bowdoin College at 11:00am. Next up, No. 5 Trinity and No. 3 Williams will square off in the other semifinal at 1:30pm.

Both semifinals will feature Deerfield field hockey alumnae. On Bowdoin, there is Elizabeth Growney ’16, who is a sophomore forward for the Polar Bears. On the season, she has started 14 of 16 games, recorded two assists and scored a goal in a 6-1 win over Husson on October 18th. Elizabeth is the younger sister of Mettler Growney ’13, who graduated from Bowdoin in 2017 and was also a four-year member of the Bowdoin field hockey. To reach the semifinals, Bowdoin defeated Tufts 2-1 in the quarterfinals of the tournament last weekend. Bowdoin is in pursuit of its ninth NESCAC conference title.

At Deerfield, Elizabeth was a four year starter on both the varsity field hockey and lacrosse teams. She was a 2014 Western New England Field Hockey All-Star and was the 2015 recipient of the Ramsay Cap, given annually to top lacrosse midfielder. In her final lacrosse season at Deerfield, she received the also Benjamin C. Haviland award.

In the other semifinal, two Deerfield alumnae will be playing side by side on the Williams team. Nina McGowan ’16 and Isabel Perry ’16 are both in the mists of their sophomore campaigns for the Ephs. McGowan, a midfielder from Greenwich, Connecticut, has played in 14 games this season, recording three shots. At Deerfield, McGowan was a four-year member of the varsity field hockey team and served as captain in her senior season. Like McGowan, Perry is also a midfielder for Williams. The Yorktown, New York native has seen action in 15 games this season, making starts in 9 of those games. She also has record two assists on the season. At Deerfield, Perry was a one-year post-graduate student who was a member of the varsity field hockey team in 2015.

This is the second consecutive year that Williams has reached the NESCAC semifinals. Last year, they lost 5-0 to Tufts, the eventual champion. This season, Williams holds a record of 12-4. They reached the semifinals with a 4-2 win over Amherst in the quarterfinals last weekend.

The winners of each semifinal will advance to the NESCAC Championship on Sunday with an automatic bid to the NCAA Tournament on the line.

Best of the luck to Elizabeth, Nina and Isabel!