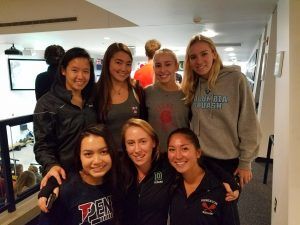 The start of the collegiate winter athletics season is upon us! This past weekend, Yale University hosted the annual Ivy League Women’s Squash Scrimmages. This tournament is the opening event on the Ivy League squash schedule and features all eight Ivy League Women’s teams. The event is a preseason exhibition that does not count towards the teams’ regular season records.

Ivy League regular season opening matches begin in the next few weeks. Congratulations to all participants and good luck in your upcoming season!