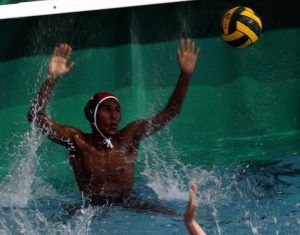 The Deerfield boys varsity water polo team notched their eighth win of the season, defeating Williston by a score of 15-10 on Wednesday, October 18th.

On the defensive side, three junior goalies saw action for the Big Green. Graham O’Brien ’19 tailed nine saves, Punisa Lekovic ’19 made three and Zo Williams ’19 came up with two saves. Despite a final offensive push by Williston in the fourth quarter, Deerfield was able to hold the lead and come away with a 15-10 win.

From the win, Deerfield improves their overall record to 8-3. Entering into the final stretch of the season, DA only has four more regular season matches on their schedule. With one more victory, the team would improve upon their 8-9 record from last year’s 2016 season.

The last four matches include home contests versus Exeter, Loomis and Andover, and a road contest against Suffield. After the regular season, DA will look to continue their success in the New England Championships with play-in games starting on November 8th.

Next up, the boys varsity water polo team welcomes the Big Red of Exeter to the David H. Koch Natatorium on Saturday at 3:30pm for Fall Family Weekend. If you are unable make it to the pool on Saturday, watch the livestream of the game here.