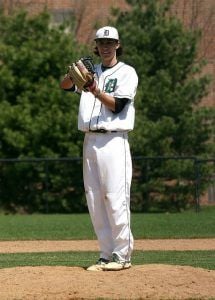 Senior pitcher and 1st baseman, Dylan Presnal, was a unanimous selection to the All Central New England Prep School Baseball League. This season Dylan played in 9 games and led the team both on and off the field. On the field, he led the team with a .407 batting average and a .593 slugging percentage and he ranked second on the team with 8 stolen bases. Dylan amassed these statistics despite playing in only half of this season’s games due to injury. Additionally, Dylan held the role of the #1 pitcher and led the team with strike outs.