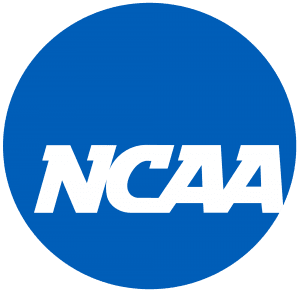 In the semifinals of the NCAA Division III Women’s Lacrosse Championship, the No. 2 Generals were edged by No. 1 TCNJ, 5-4, in double OT. Washington & Lee’s post-game write up commented on Gilbert’s performance, “In what might have been her best game of the season, Gilbert stopped seven shots in 68:56 of action.” This season, the Generals set a new program record for victories with 19, and it was the first time the team advanced to the NCAA Semifinals. Gilbert concluded her rookie season ranked #2 in the country in goals against average at 4.067, she made 71 saves this season in 21 games for a 0.511 save percentage. The Generals concluded their reason ranked #3 in the country for winning percentage of 0.905. Congrats Elliot on the impressive start to your collegiate career!

Played in 7 games during his rookie season for the University of Denver Pioneers, advancing to the NCAA Division I Men’s Lacrosse Championship Tournament Semifinals. The Pioneers came up a goal short, 9-8 in regulation, to the Terrapins who went on to claim the National Title. Next season, Chris will be joined by his younger brother Ted Sullivan ’16 on the Denver men’s lacrosse team! We look forward to watching their continued success!

Gil Roddy’s hopes for a repeat team national championship ended last week with a semifinal loss to Emory. The Emory team won the first four completed singles matches to rally past Roddy and his Polar Bear teammates, 5-2. The loss capped another fantastic season for the NESCAC Champions with an overall record of 21-5 which set a school record for victories in a season. The future is bright for the Polar Bears as they return this year’s entire roster next season.

Princeton ended up placing 10th at the NCAA Division I Women’s Rowing Championships on Mercer Lake, only two weeks after winning its second straight Ivy League championship. A sixth-place finish by the V4 and two petite final results for the 1V and the 2V gave the Tigers 85 points, only one behind ninth-place Wisconsin. Claire will continue rowing this summer at the U.S. Women’s Rowing U23 National Team Selection Camp. Good luck, Claire!

They saved the best for last at the NCAA Division III Women’s Rowing Championship as Eileen and her Ephs teammates raced in the nail-biting 1st varsity eight grand final to secure 1st place, holding off both Bates and Wellesley. The Ephs clocked in for the gold medal with a time of 6:35.379 and earned the title of The Fastest Crew in DIII. On the team front, the Ephs were a point shy of claiming the NCAA team title, being edged by the Bates Bobcats 39-38. “From the start in the fall the V1 has been on a mission to set the standard and be as fast as they can and then make adjustments as we went along,” Williams head coach Maloney stated. Congratulations on  a great season, Eileen!

In her sophomore campaign, Katie returned to the NCAA Division III Championships for the second time in her young collegiate career to bring home the silver medal with the 2nd varsity 8 boat for Wellesley and her team earned the bronze medal at the championship for their overall performance. Wellesley finished in the top-three for the third time in the last three years. Wellesley has been in the top-five in the nation for eight consecutive years at the NCAA Championships. The NCAA accolades added to the NEWMAC Championship earned earlier in the season by Katie and her fellow Blue rowers. Congrats!