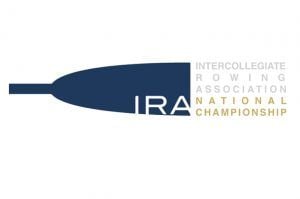 Three weeks ago, the collegiate rowing season wrapped up with the Intercollegiate Rowing Association National Championships (IRAs) on Lake Natoma in Gold River, California. As mentioned in a previous article, there were several Deerfield alums competing at the championship regatta, highlighting the strength of the Big Green rowing program.

Over the course of the weekend, there were a variety of different races that took place, including eight and four men boats. Among the many that competed, two Deerfield alums found themselves in boats that placed in the nation’s top 10 of their respective races.

Rich Caputo ‘14 finished as the highest scoring alum when he and the Brown Varsity Eight placed 6th overall after finishing 6th in the Grand Final. Caputo, now a junior at Brown has been an integral part of his team’s success since his arrival in Providence. The Riverside, CT native has spent his entire collegiate career as a member of either the varsity or second varsity boat, having not rowed lower than that at IRAs. In his senior campaign, Caputo will look to improve on his team’s best performance since he has been at Brown, a fourth place varsity eight finish during his freshman year.

Henry Sanford ‘15 was the only other alum to earn a spot in the nation’s top 10 as a member of the Dartmouth Third Eight, the boat took 10th overall after placing 4th in the Petite Final. Henry, now a sophomore at Dartmouth has spent the majority of his first two years in Hanover as a member of the third varsity. After finishing 12th with the third boat last year, Henry and his teammates managed to jump up two spots to 10th, evidence of the strides the program is making on the national scale.

Congratulations to all rowing alums who competed at IRAs! We are eager to follow along next year as more Deerfield alumni join the college ranks.