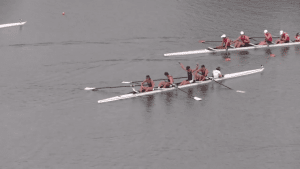 Boys Rowing WINS GOLD at the 2017 US Rowing Youth National Championship in the Men’s Youth 4+ Event!

In their opening time trial race on Friday the boys finished in 3rd place which earned them a spot in the semifinals later that day. In the semifinals, the boys left nothing to chance and led their semifinal heat start to finish to cross the finish line in 1st place which qualified them for the A Final yesterday.  After a day of rest on Saturday it was on to the 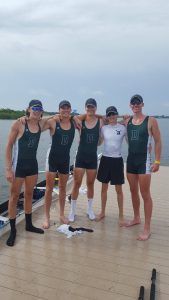 finals. Similar to the semifinals, the boys took hold of the final race from start to finish increasing their lead on the other 5 boats in the race to finish the course in a time of 6:24.417. The winning boat included, Gordon Johnson ‘17, Freddie Johnson ‘17, Dani Michelson ’17, Will Sanford ’17, and Henry Lowe ‘19.

Here’s a recap of the teams road to and at the National Youth Championship:

WON the team title at the NEIRA Championship, 1st varsity boat earned gold and a bid to the National Youth Championship

Won Gold in the A Final! Fastest Men’s Youth 4+ boat in the country!

Final results here and you can rewatch the boys race on the US Rowing YouTube Channel (fast forward to 1:46) .