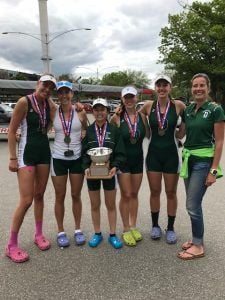 On Saturday, the girls ended their regular season with a strong appearance at the NEIRA Championships on Lake Quinsigamond in Worcester, MA.  All four boats qualified and put forth their best effort!  Heats started early in the morning and racing continued into the afternoon in which 2 of the 4 boats raced in the finals.

It was an exciting morning, which started off with the 4th boats race against tough competition.  From the start of the race, the girls were in a tight battle with Choate for 3rd place, which would qualify them for the finals, but were unable to hold onto this spot as the race continued. It then became a tight race for 4th place against Middlesex.  The girls showed great fight and determination and took a move in the last part of the race, which pushed their bow ball ahead of Middlesex to take 4th place. 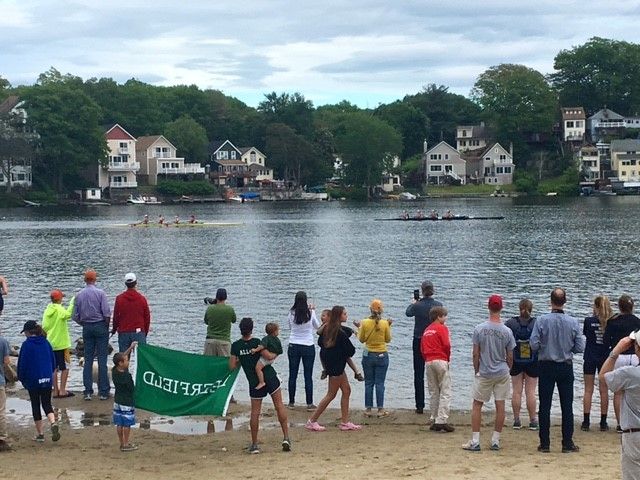 Next up in the morning heat races was the 3rd boat.  From the start of the race, the girls were in a tight battle with Choate and tried to hold onto BBN to take 3rd place and move onto the finals. Coming into the last part of the race with power and determination, the girls took a strong move and walked through Choate. Despite this surge at the end and solid race, the girls finished in 4th place, which was not enough to advance them to the finals.

Later on in the morning, the 2nd boat finished 2nd in their heat which advanced them to the final after a tight battle down the course.  They were inch for inch with BBN for a final qualifying spot and were able to edge their bow ball ahead of them in the last few meters of the race to finish just 0.4 seconds ahead.  Fast-forward to the afternoon, the girls were in the hunt for a medal all the way down the course! They showed great fight but were unable to edge their way into a top three finish. They crossed the line in 5th in front of Greenwich and just 2 seconds behind Choate for a solid final race of the season. 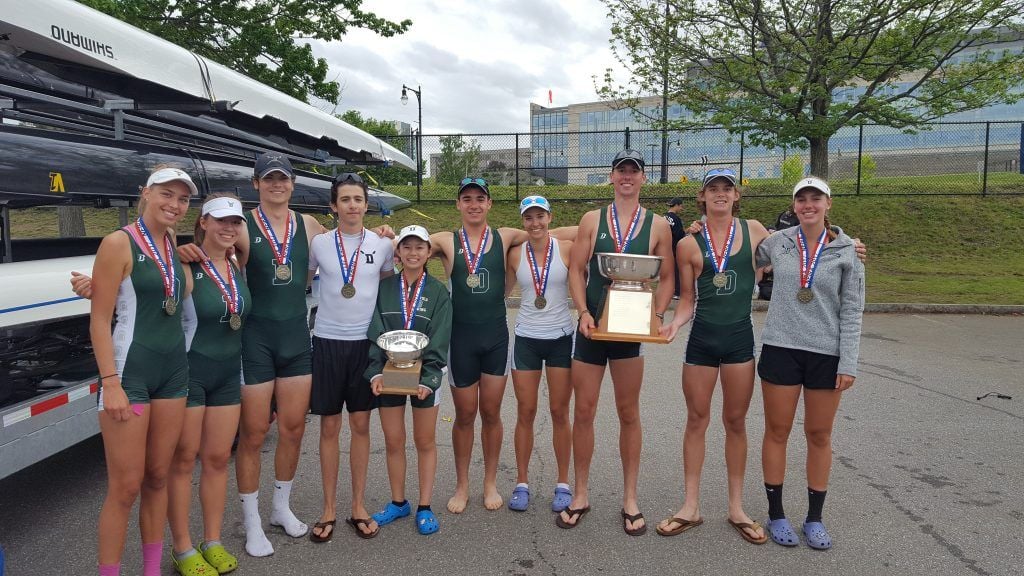 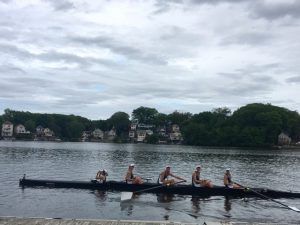 With the last girls heat race of the morning, the 1st boat came down the course showing great composure and speed to clearly solidify their place in the finals with a 1st place finish, lengths ahead of all crews.  With this strong appearance in the morning, they were ready for what was to come in the afternoon.  From the start, it was a battle for 1st with Winsor but it wasn’t long until the girls were able to push themselves ahead. With aggression and confidence all the way down the course, they inched their bow ball lengths ahead of all other crews and crossed the line as New England Champions!  It was a clear 1st place finish as they finished 5 seconds ahead of the defending champs, Winsor, which made for an exciting end to their undefeated regular season!  With this first place finish at the NEIRA Championships, the girls earned their spot to compete at the upcoming 2017 US Rowing Youth National Championships in Sarasota, FL which will take place from June 9-11 and will be hosted by the Suncoast Aquatic Nature Center Associates at Nathan Benderson Park..  We wish Bailyn, Anna, Lily, Erika, and Jerilyn best of luck as they represent DA in Florida! 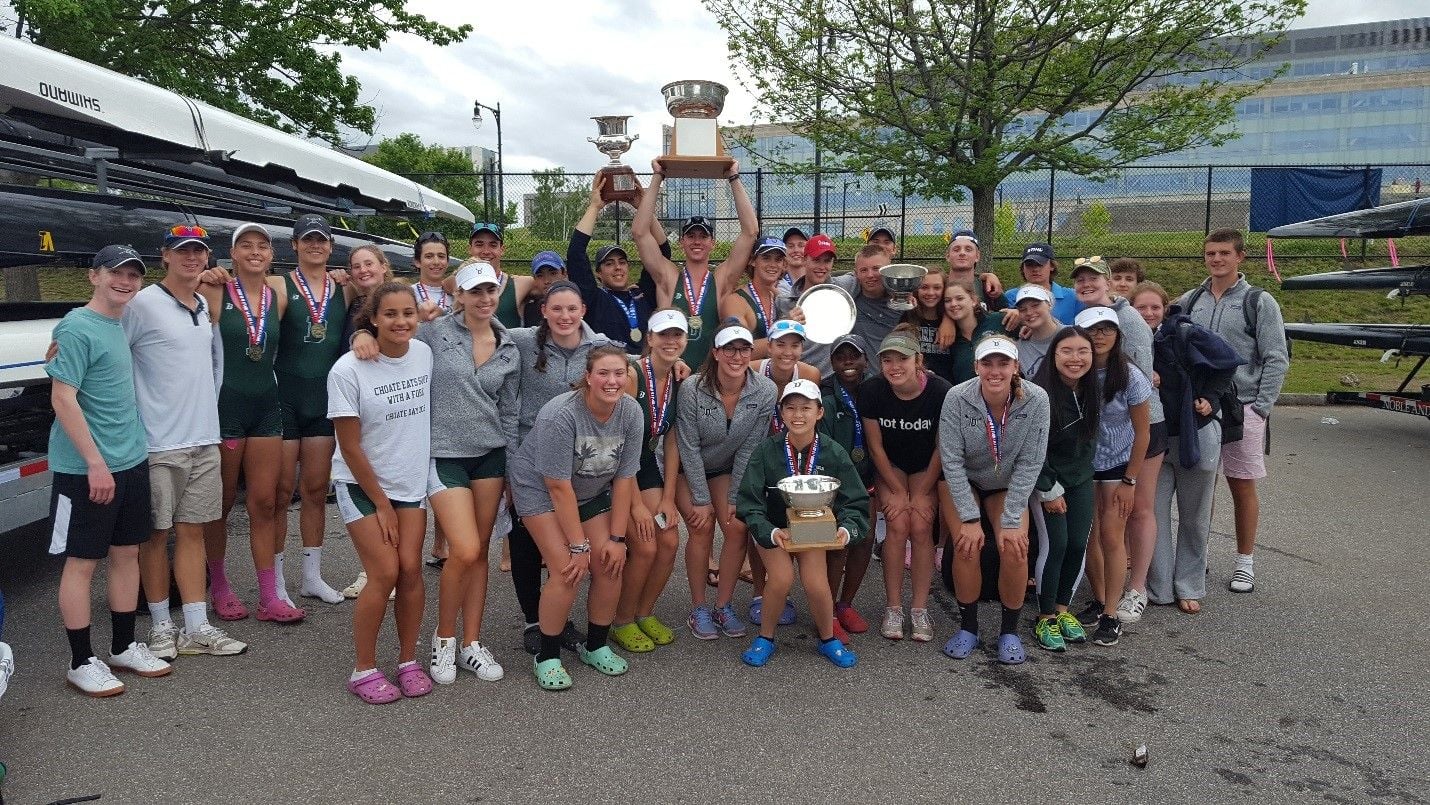 All in all, Saturday was a great way to end the season for the team! The girls worked very hard and should be very proud of all they accomplished!