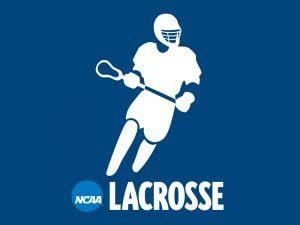 When the NCAA college lacrosse tournaments started two weeks ago, Deerfield had eleven lacrosse alums competing in both the men’s and women’s, division I and III tournaments. Two weeks later, only two remain.

Elliot Gilbert ’16 and the Washington and Lee Generals have earned themselves a spot in the Final 4 after a thrilling overtime win over William Smith in the Elite 8. The Generals enter the semifinal contest with only a single loss on the season and will face The College of New Jersey on Saturday May 27 at 12:00 PM. The winner will earn a spot in the national championship game, which will take place the following day, on Sunday May 28 at 3:30 PM. Both semifinals as well as the final will be played at Kerr Stadium in Salem, Virginia on the Roanoke College campus. Gilbert has been excellent so far in tournament play and is averaging an impressive 4.66 goals against average. To watch the games live, click on the link below.

On the men’s side, the lone Big Green alum that is still alive in tournament play is Chris Sullivan ’16 and the University of Denver Pioneers. The Pioneers have had a relatively easy path to the final, winning their first two tournament games by a combined score of 33-14, beating Air Force and #4 seed Notre Dame in the process. However, the Pioneers are aware that their next game will not be nearly as easy. On Saturday May 27 at 2:30 PM, #5 Denver will take on #1 Maryland in Foxborough, Massachusetts at Gillette Stadium. The semifinal contest will be a rematch of the 2015 national championship game that saw Denver walk away with a 10-5 win. If the Pioneers win on Saturday, they will advance to the national championship game on Monday May 29 at 1:00 PM. Both the semifinal and final games will be played on ESPN 2.