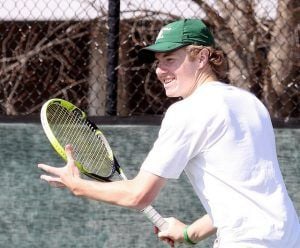 Roddy has played at the number four and five spots this year for the Polar Bears and holds a 17-2 season record while posting an 18-4 record at the number three doubles spot with partner Justin Patel.

Bowdoin enters today’s match up with a slight record advantage over Washington. To date the Polar Bears have a 20-4 season record while the Bears of Washington hold an 18-4 record.

Good luck to Gil and the Bowdoin Polar Bears!