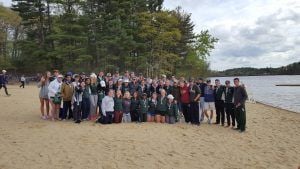 Yesterday the boys and girls varsity rowing teams traveled to Wayland, MA for a full day of racing on Lake Cochituate at the annual Wayland Weston Regatta. This year proved a little different from last as both the boys and girls teams captured gold at the event.

Both of Deerfield’s 2nd boats earned silver medals for their 2nd place finishes.

A great day of racing by all! 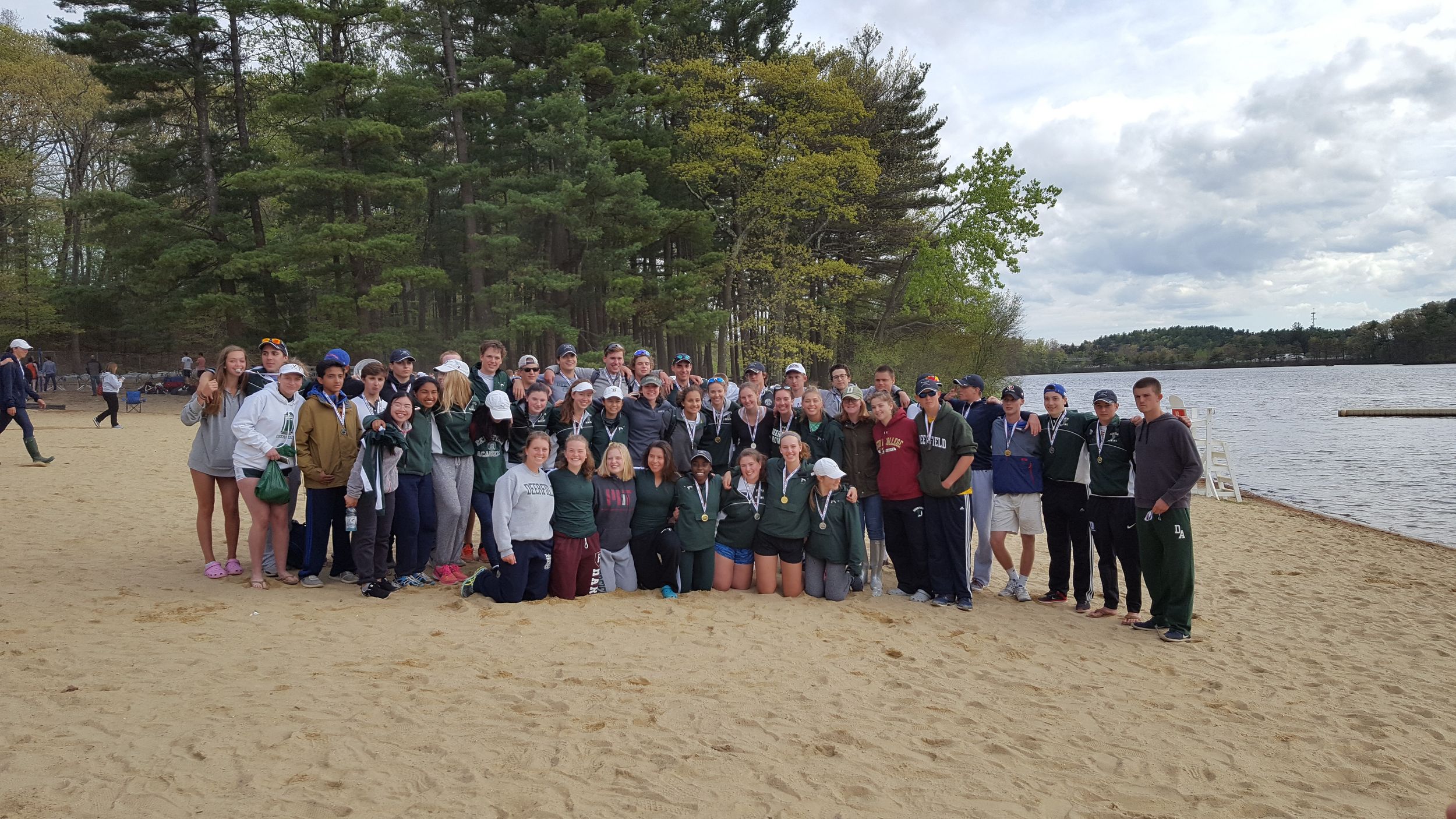 The 1st boat started the day off with a solid win in their heat in the morning and continued to keep the momentum going into the afternoon where they earned a gold medal beating Winsor, Nobles and Bromfield!

The 2nd boat also won their heat in the morning and had a great race in the afternoon where they earned a silver medal crossing the line after Nobles and ahead of Winsor and St. Mark’s!

The 3rd boat was very competitive in their race and was in a battle for 2nd place with Bromfield all the way down the course. They remained just inches ahead of Bromfield but could not hold that lead across the finish line and finished in 3rd place!

The 4th boat had a solid race in the morning and finished 2nd which advanced them to the finals!  With tough competition and wind in the finals, the girls showed great effort and finished in 4th place behind Nobles, Winsor and Bromfield.

All in all, the girls had a great day of racing on Sunday and keep progressing and learning as the season continues!

The Deerfield Boys Rowing Team traveled to the Wayland Weston Regatta for a full day of racing on Sunday against some of the best competition in the region.  With this regatta mirroring the heats and finals format of the NEIRA Championships, it provided a great opportunity for the athletes to learn how to prepare themselves for multiple races in a single day.  All five crews proved to be up to the challenge.  During the morning heats each boat crossed the line first with the exception of the 2V4+, who came in 2nd, just a second behind Belmont Hill.

With all five crews qualifying for the afternoon finals, the team had already improved their performance from the previous year in which only one boat made it into the Grand Final.  This year’s squad continued to show great strength throughout the roster as each boat raced well in the finals.  By the end of the afternoon, all five crews had finished either first (1V4+ and 3V4+) or second (2V4+, 4V4+, and 5V4+).

As the team enters the second half of the season and with only two more races before the NEIRA Championships, the entire squad is eager to build on this strong performance.

For complete results from the Wayland Weston Regatta – https://herenow.com/results/#/races/20393/results