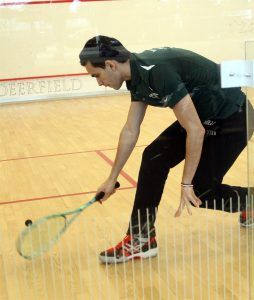 Osama Khalifa ’14 was named the Ivy League Player of the Year yesterday, as announced by the league following a vote by the league head coaches.

Khalifa enjoyed an outstanding junior campaign for the Columbia Lions. He posted a 15-1 season record at the No. 1 position and claimed the College Squash Association Individual National Championship. He is Columbia’s first-ever national champion.