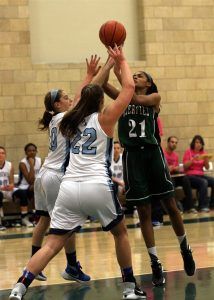 Deerfield girls’ basketball ended their successful season on a high note on Friday evening when they defeated perennial rival Choate Rosemary Hall.  The Choate gym was packed with rowdy student fans, and the DA players stayed calm, cool and collected in the face of loud distractions.  Deerfield went into half time down by 11 points, but vowed to come out in the second half and leave it all on the floor.  They displayed poise and determination in executing their press break and half court plays with patience and precision.  Felicia Renelus hit a key three-pointer with approximately four minutes left to give Deerfield a 42-41 lead.  Megan Graves and Emma Reavis hit important free throws in the final minutes to further secure the lead.  The final buzzer sounded with Deerfield ahead by 8 points and the scoreboard reading 53-45. 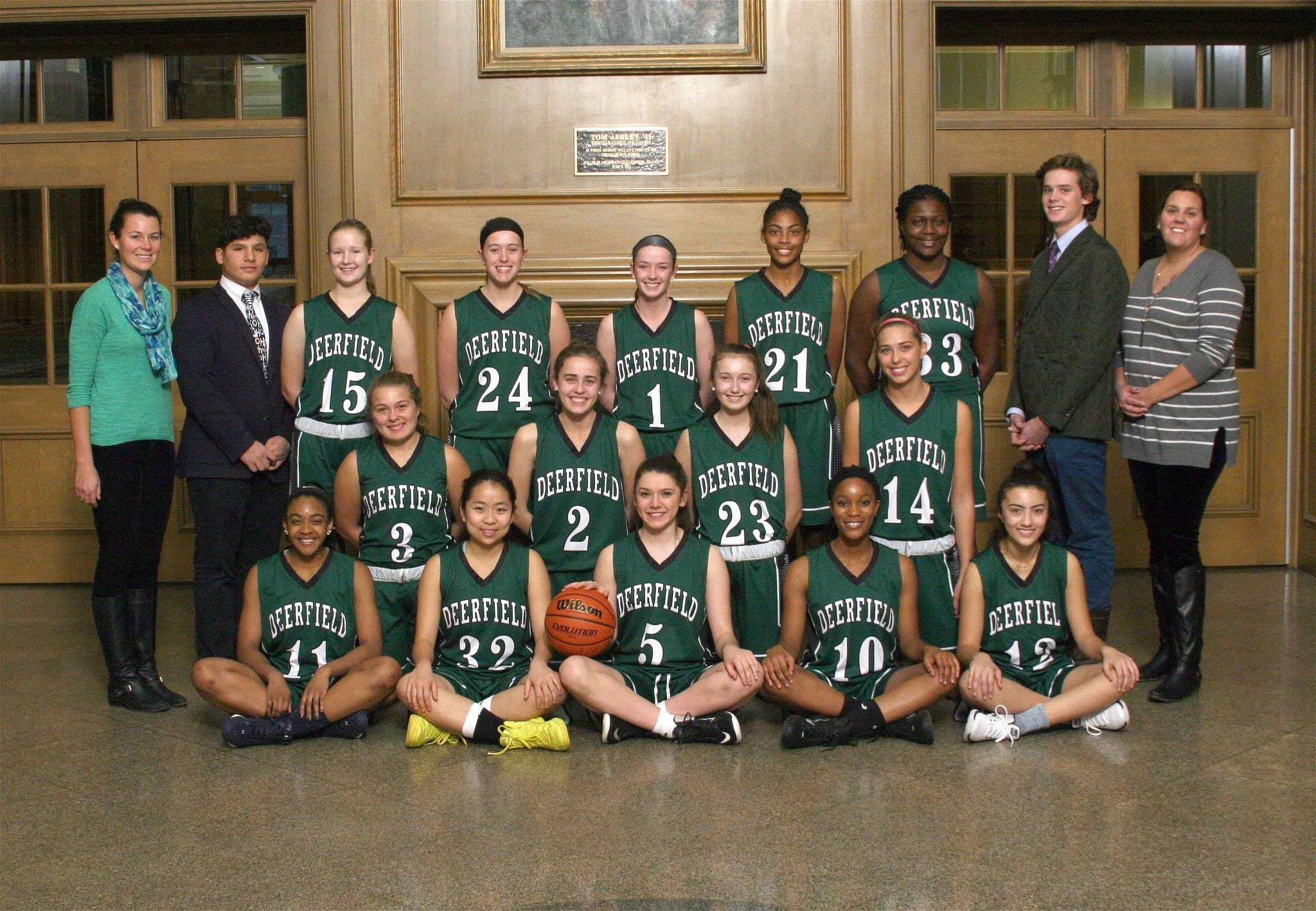 The season finale at Choate was the first time in 8 years that the Big Green girls varsity basketball team defeated the Wild Boars. The last time the Big Green defeated Choate was in Wallingford, CT during the 2008-2009 season in a close game where the Big Green were victorious by a single bucket, 45-43.

Winter 2016-2017 marked a great campaign with vast improvement on the court for the Big Green as the girls more than tripled their wins from the previous season. Rounding out the season at .500 with a record of 10-10-0.