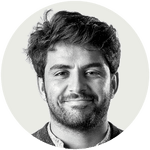 Mujib Mashal is The New York Times senior correspondent in Afghanistan. Before joining the paper, he wrote for magazines such as The Atlantic, Harper’s, Time and others. He began his journalism career as an intern with The Times’s bureau in Kabul, Afghanistan, in 2010, before moving on to work for Al Jazeera English in Doha and then pursue magazine writing. He returned to The Times as a senior correspondent in October 2016.

Read Mujib’s May 2020 articles on Afghanistan in the New York Times here.