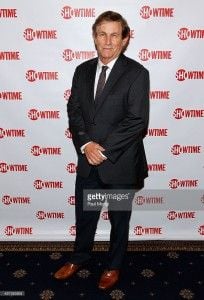 “For the first time in history, all 12 living directors of the CIA will be interviewed in “The Spymasters – CIA in the Cross Hairs,” a two-hour documentary premiering Saturday, November 28 at 9 p.m. ET/PT on Showtime across all platforms. Narrated by Emmy and Tony winner Mandy Patinkin (Homeland), the film offers a remarkable inside look into the spy agency’s controversial conduct in the war on terror – marked by the use of brutal interrogation techniques, secret prisons and lethal drone warfare.” Chris is the author of “The Spymasters” and co-executive producer of the documentary. He is an acclaimed documentary filmmaker and writer. His previous film, “The President’s Gatekeepers” received rave reviews when it aired on the Discovery Channel in 2013. He is currently working on a book about how the chiefs of staff determine the fate of every presidency.