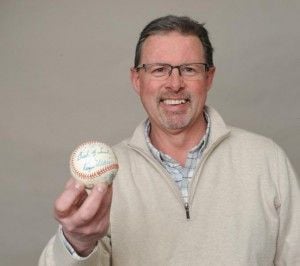 Pictured: Steve McKelvey ’77 with one of the autographed baseballs. Photo credit: Recorder/Paul Franz

“When Dick “The Rev” McKelvey was young, he had a pair of events shape what would become a passion for the rest of his life. It all happened well before McKelvey grew up and moved his family from Germantown, Pa., to Deerfield, where he became a well-known baseball coach and teacher at Deerfield Academy.

This story starts in 1933, when he was living in Wilmington, Del., and his mother was a nurse. One of his mother’s patients happened to be the young son of Bill McGowan, an American League umpire who would one day be inducted into the Baseball Hall of Fame. As a way of saying thanks for nursing his son back to health, McGowan presented McKelvey’s mother with a baseball signed by Babe Ruth, who slugged 34 home runs that season at the age of 38. Ruth was already well on his way to immortality and the ball became a cherished keepsake…”

Read more of “Jaywalking: Labor of Love” in the Greenfield Recorder. 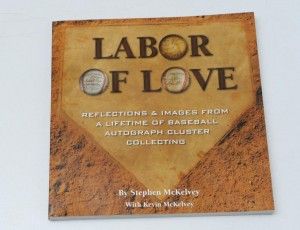