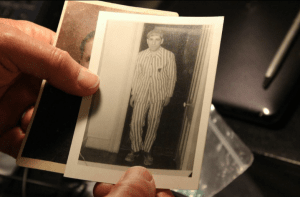 “Boston, MA/Warsaw, Poland – March 24, 2015 – Joshua Tebeau has been working on the documentary “Picking Up the Pieces” for over four years. He has filmed over 40 hours of footage and needs funding to finalize the film’s editing and post-production. The passionate director has launched a Kickstarter campaign to raise $7,500 by April 29th, 2015 so he can complete the documentary.