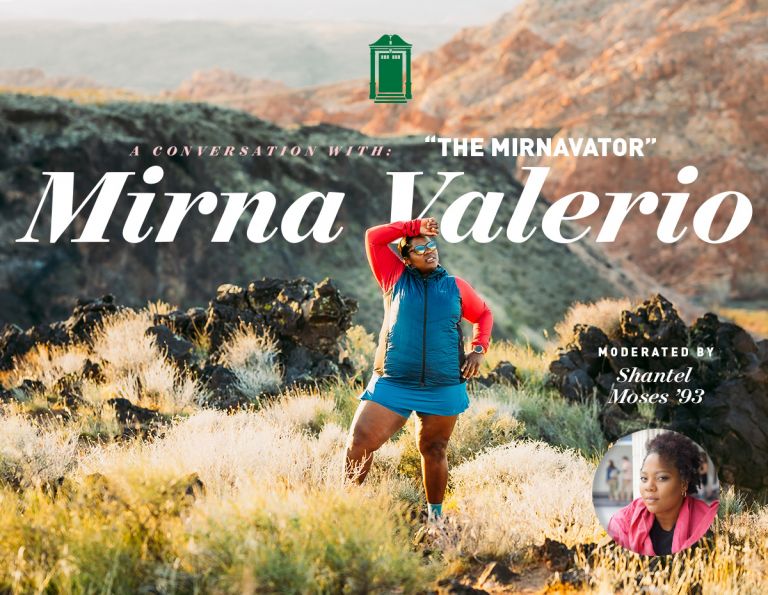 Mirna is all over the place – in her work, her life, and her story. Come listen to Mirna share about her life story as she will talk about fitness, the outdoors, and what it means for her to occupy those spaces as black, fat woman. Moderated by Class of ’93 alumna, former faculty member, and Mirna’s friend, Shantel Moses.

Mirna Valerio is a native of Brooklyn, NY, a former educator and cross-country coach, ultramarathoner, author of the Amazon bestselling memoir, A Beautiful Work in Progress, and anti-racism educator. Although she began running in high school, she recommitted to the sport after a health scare in 2008 and started her blog Fatgirlrunning—about her experiences as a larger woman in a world of thinner endurance athletes— while training for her first marathon. Mirna’s athletic story has been featured in the WSJ, Runner’s World, on NBC Nightly News, CNN, and in the viral REI-produced documentary short, The Mirnavator. Her writing has been featured in Women’s Running Magazine, Self Magazine Online, Outside Online, and Runner’s World Magazine. In 2018 she was chosen as a National Geographic Adventurer of the Year, and most recently appeared on the Kelly Clarkson Show, Access Daily, and on Nigel Barker’s new V1Ve Network. When she wears her diversity, equity, and inclusion hat, she helps schools, nonprofits, and businesses to step up their anti-racism efforts. She currently lives, trains, and works in Vermont, USA.