Until last summer, I hadn’t seen much of Jamie for many years. While I had spent the last three decades in various comfortable civilian ventures, pursuits, and follies, Jamie was planting underwater bombs on enemy ships and fighting ISIS. Jamie had graduated from the United States Naval Academy, become a Navy SEAL, risen to the rank of Captain, and commanded an entire SEAL base (GROUP TWO in Little Creek, Va.). He thought about getting out last summer, which is when we reconnected, but his country needed him, and he stayed in. Now he’s a Rear Admiral and as of this week has 25,000 sailors reporting to him. He’s the first SEAL in the history of the Navy to oversee Naval Service Training Command—in other words, Jamie will oversee the training of every single person who joins the Navy who is not at the Naval Academy.

Maybe it’s a coincidence that a SEAL is now in charge of training substantially all new Navy recruits, but it’s worth noting that this is happening as the age of fighting extremists and terrorists is starting to give way to an age of increasing threats posed by the professional forces of countries such as Russia, China and Iran. My personal view is that the Navy wants to raise its game. Whatever the case, I can tell you one thing—the men and women I met at Jamie’s promotion ceremony at the Special Operations Memorial at MacDill AFB in Tampa and at the reception that followed are some of the finest people I have ever been around. If you ever want to feel humble, spend a few hours with a group of admirals, generals and special operations personnel. (Special note: if you want to feel especially humble, may I suggest trying to open a bottle of beer without an opener while surrounded by admirals, generals and special operations personnel until you give up and have to ask a SEAL to do it for you.)

Kidding aside, my experience in Tampa was so incredibly humbling. There was the immediate visceral humility that comes from being around people who have dedicated their lives to serving their country, but there was something else too. It was the humility that arrived with the renewed appreciation of what happens when uncommon values combine with time and discipline. I’m completely amazed by what Jamie has accomplished. Of course Jamie is a special person—he’s smart, dedicated and, of course, physically fit, but you know what else he is? By most measures, he’s completely normal! Without close observation, you probably wouldn’t be able to single him out of a lineup as a soldier, let alone an admiral.  But I don’t think you could spend 10 minutes with him and not know you were talking to someone with special values.

When Jamie walked to the podium to give his remarks, the effects of passing time were evident; the golden mane and the senior-year suntan of 1988 had given way to a headful of salt with a dash of pepper and some epidermal evidence of years in Iraq and Afghanistan. Aside from his new admiral’s cover (that’s Navy-speak for cap) and shoulder boards, Jamie had perhaps never looked more normal. And that was the beauty of it. Time, and the accumulation of the choices he made, guided by values, day after day, had transformed him. The duck hunter and soccer player of 1988 had compounded into a Rear Admiral in 2019.

I realize now that I have spent so much time in my career applying the term “value” to financial instruments and transactions that the word as it relates to principles and standards has lost some of its meaning for me. So I’m really not capable of articulating just what Jamie’s values are. However, I’d like to share a list of four leadership principles that Jamie shared with me. He attributed them to his mentor, Vice Admiral Timothy Szymanski, who was present at the ceremony to administer the oath of office to Rear Admiral Sands. I think they are broadly applicable. They are as follows:

Admiral Sands, thank you for your service.” 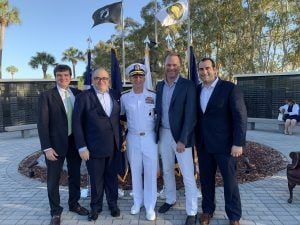 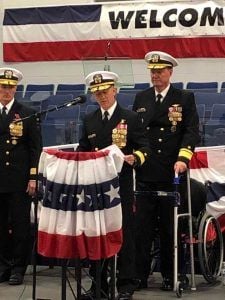 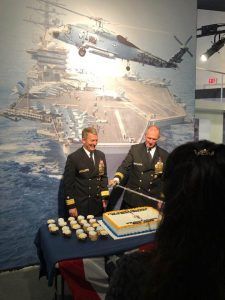 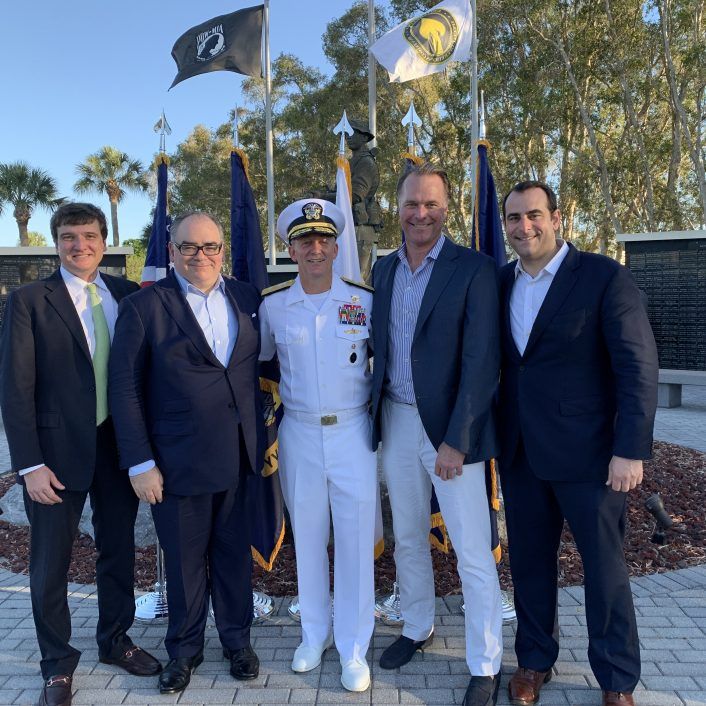