On August 26, 2018, I completed the 2,190-mile, 14-state thru hike of the Appalachian Trail from Springer Mountain, Georgia, to Mt Katahdin, Maine. I carried a Deerfield Class of ’79 flag with me during the entire journey and dedicated the hike to ’79 classmates past and present. Each time I entered a new state, I filmed a video dedication to classmates who were currently residents of that state. Throughout the journey, I received overwhelming support and encouragement from classmates who met me on or just off the trail. Chris Sullivan ’79, Scott Rippey ’79, Tee Rowe ’79, Dan Pryor ’79, John Dinneen ’79, Kip Howard ’79, Tuck Collins ’79, Marc Dancer ’79, Eric Sachsse ’79, Dan Newton ’79 and Chris Craig ’79 gave me so much support and encouragement that I’m not sure I could’ve completed the trek without them.

Photo 1: With the ’79 Flag on top of the Northern Terminus of the Appalachian Trail, Mt Katahdin, Maine. 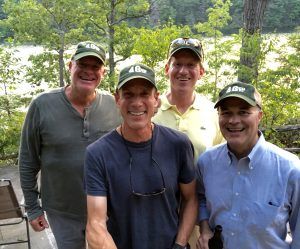 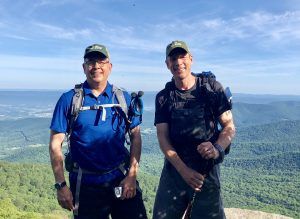 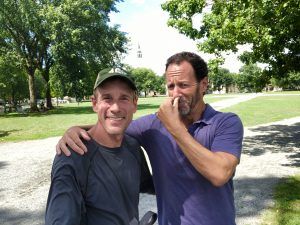 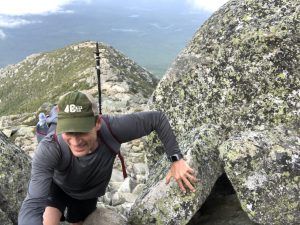 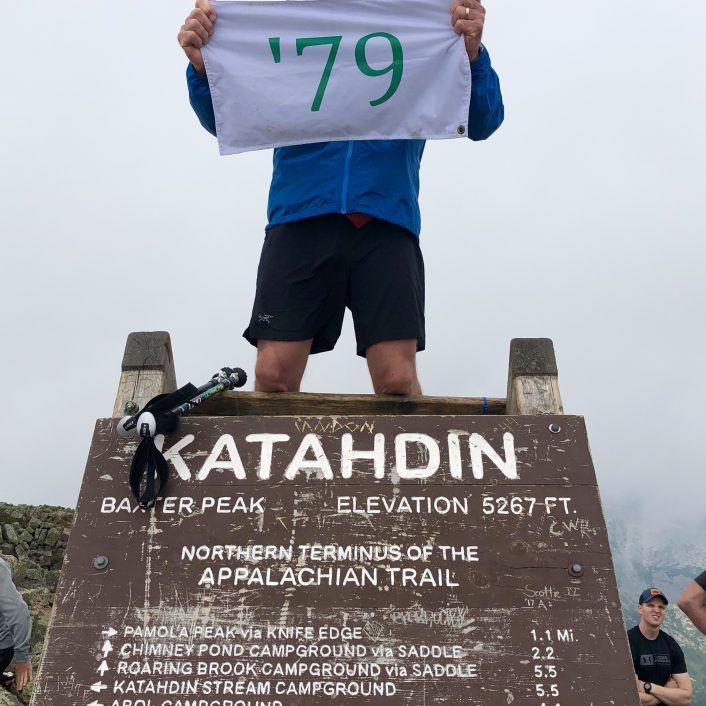