John Knight reports of his classmates: ‘So you can probably imagine the conversation that happened in the hallway at the Santander Bank office in Boston a few weeks back. Bob Fitz is heading to the men’s room and Will Wolf is headed to the water fountain. They bump into each other and finally remember that they work in the same building! Then they do what 83ers do when in good company, they wonder who else they can include in a gathering. So they get Townsend and Clark on the line and compare address books for DA 83* and hatch a plan to hang out. And then it happened!’

Kudos to the organizers and the attendees, with special nods to Beaubien and Crow who made the big travel efforts to be present. 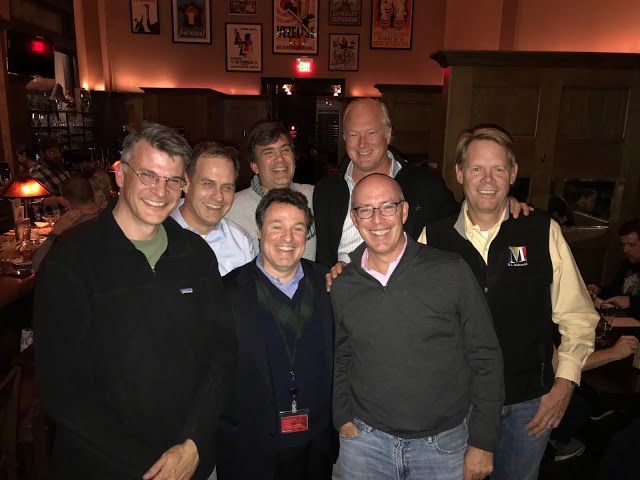