Peter F. Dessauer, Deerfield Academy Class of 1967, signs the official guest register in the town of Dessau, Germany, witnessed by the Mayor and Professor Dietrich Neuman of Brown University. Peter was in Dessau with the summer 2017 Society for Architectural Historians (SAH) tour of Mies Van Der Rhoe and the Bauhaus. The return to the ancestral town was the first for his family since their 1930’s political exit from Germany. 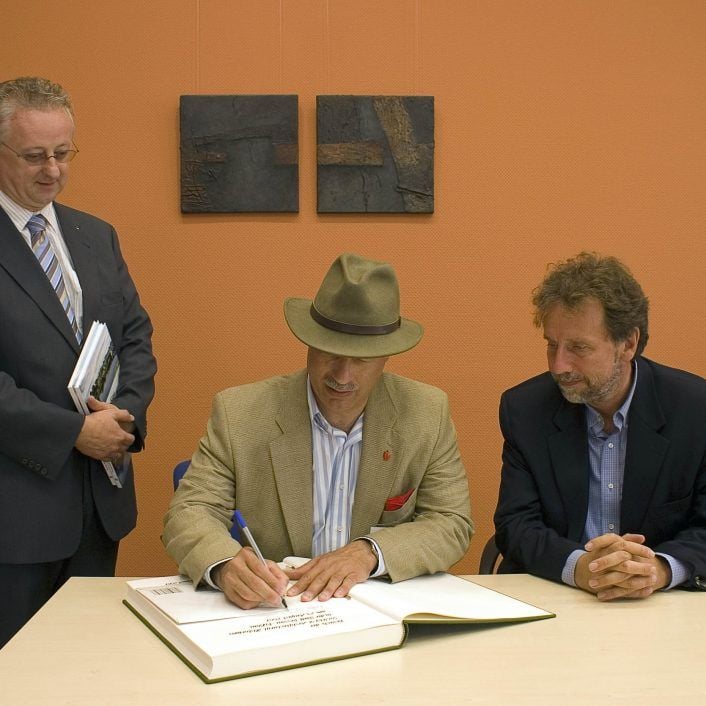