As an antitrust and commercial matters attorney, Ad travelled extensively throughout the U.S. and Europe, and “got to work for and with some extraordinary people.” He always sensed the impact of the Headmaster’s voice echo “Finish up strong boys.” Ad loved the law and later became a Federal Bankruptcy Judge in 1994.

In March of 2016, Ad reflected on the challenges we now face in the Princeton Alumni Weekly: “We are in that season of life when dear ones, both friend and kin, leave us for distant shores and we feel buffeted and bereft. We all cope in different ways, I by focusing on a deep sense of gratitude for having shared part of my time with the one who has left, on wonderful memories that do not fade, and on the now and future that life may bring.” 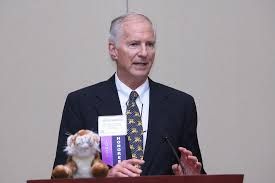