Lou and Dee Greer embarked on a delightful un-cruise in January that featured stops at four Hawaiian Islands. Lou writes that “We will definitely take other trips on small ships with the Un-Cruise Company. Extremely intimate, and the leaders are extremely knowledgeable; the food is terrific.” They “thoroughly enjoyed a week’s cruise through the Hawaiian Islands on a so-called boutique yacht. It carries up to 36 passengers, but their trip included just 21. Lou reports that the crew of 16 was a joy. Moloka’i, Lanai, Maui and the Big Island. The wildlife was amazing and the cultural tours were fascinating. The so-called un-cruise was just that. They felt like family members out for a boat ride.” Lou was able to spend a few hours with Peter Clapp in the hills on the northern tip of the Big Island where he and Kathy happily reside. Lou and Pete were classmates at Deerfield and Amherst College.

Captions on the photos by Lou Greer: 1. Pete Clapp and Lou Greer get together on Hawaii’s Big Island 2. Dee Greer in a traditional Hawaiian greeting — the touching of foreheads and noses 3. A porpoise catches a breath of fresh air in a photo 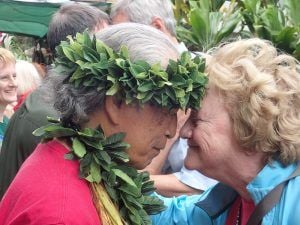 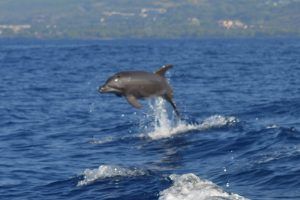 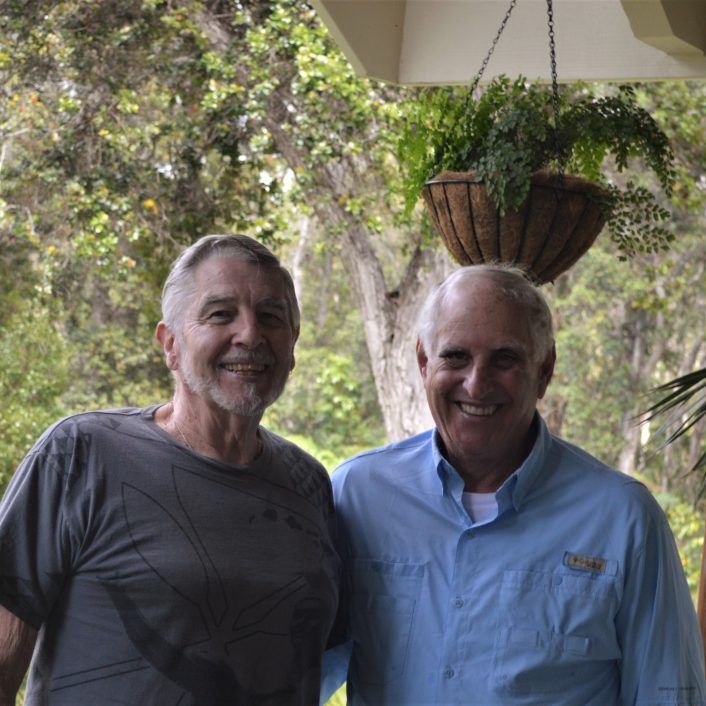