Merry and I completed a Bucket List trip to our 49th state in early September — Alaska truly is the 8th Wonder of the World! We combined air, land and sea excursions during our memorable two weeks in which we got to stare in wonderment at primeval forests and the vastness of the land. Alaska is three times the size of Texas and stretches 2,680 miles from the Aleutian Islands to the Canadian border. The USA is just 120 miles wider from coast to coast. The state claims two of our nation’s largest Preserves, Denali National Park with over 6 million acres, and the Tongass National Forest in Southeast Alaska is the largest national forest in the United States at 17 million acres! Yet, its population is just around 740,272 and one third of the state’s residents live in the vicinity of Anchorage. There’s plenty of room left for hardy survivalists, such as our classmate, Mark Rowland, who like elbow room and may experience temps as low as -70 F. in the wintertime. As you’ll recall, Mark described living in Alaska “is rather like falling in love with an absolutely gorgeous woman who’s seriously mean about half the time! It’s quite a place. The winters get long and sometimes I wonder why I stayed but I’m here for the duration.” .. Juneau, the state’s capital, is accessible only by air or sea. There are no highways leading into the city. We were indeed fortunate to be among the one-percenters who have seen Denali, formerly Mt. McKinley, on a clear day! Much of the majestic mountain of 20,310 feet ( the highest in North America ) is shrouded in clouds and is just 45% visible during most days. We’ll definitely place a visit to the Alaska wilderness on our Wish List a second time.
.. The photos in order are: 1. Majestic Denali, 20,310 feet high, formerly, Mt. McKinley 2. Our Proud Flag 3. Picturesque vastness at Denali State Park 4. Tom and Merry L’Esperance in Alaska 5. A Backyard Glacier at Taku Lodge 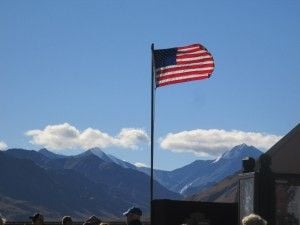 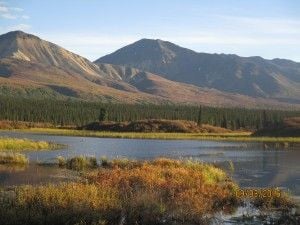 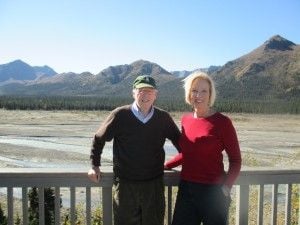 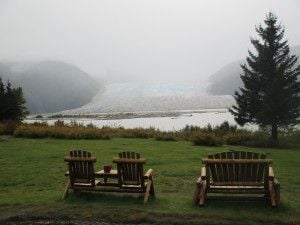 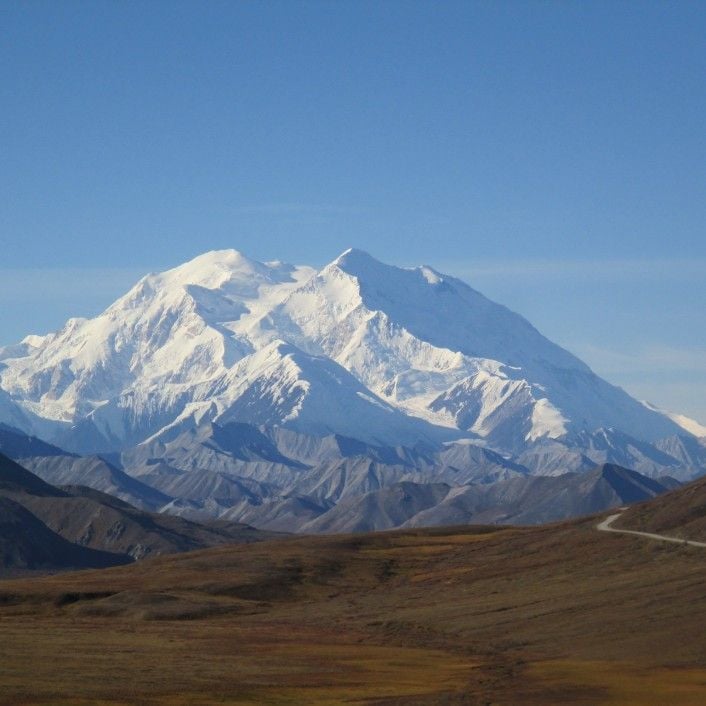