John Knight reports from his classmate Dean Singewald “With April being Parkinson’s Awareness Month, I wanted to share some health news with you.
This past September, I was diagnosed with Parkinson’s disease. Parkinson’s is a neurodegenerative disorder of the central nervous system that affects nerve cells in the brain. In short, a person’s brain slowly stops producing a neurotransmitter called dopamine. With less and less dopamine, the nerve cells die, and a person has less and less ability to regulate his/her movements, body and emotions.
For about two years, I had been experiencing slight tremors with my right arm that progressively worsened. Over time, my right arm stopped naturally swinging as I walked, and I began dragging my right foot as I stepped. I attributed the “weakness” to an old shoulder injury, and the foot-dragging to wearing flip-flops.
As it turns out, I exhibited many of the primary and secondary young-onset symptoms of the disease. The good news is, with medications and rigorous exercise, unless I am an outlier, I should be able to manage well for the foreseeable future.
That said, I encourage you to learn more about Parkinson’s. The Michael J. Fox Foundation is doing incredible things to advance research in this area.” 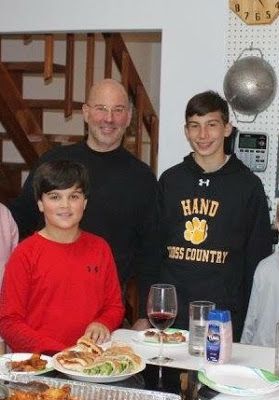