After a long and courageous battle with cancer, Oriental Medicine physician Erik Spro McWilliams, 57, of Williamstown, MA, and Los Angeles, CA, passed away peacefully, surrounded by his loving family, on January 9, 2016. It was only ten years ago that Erik received his Master of Science degree in Oriental Medicine and began successfully treating patients at his own healing arts center, Therapeutic Bodywork, in Santa Monica, CA. He was fondly known to his patients as Dr. Erik. His uncompromising and passionate drive to heal patients through the various modalities of eastern medicine inspired all who were lucky enough to know him.

With a great sense of humor and deep passion for excellence, Erik often used the term “awesome” to express his enthusiasm for life. He will be lovingly remembered as the blond, athletically gifted 6’2” Viking Warrior who lived his life with integrity and honor.

Erik was born in Philadelphia, PA, the son of Sigrid B. McWilliams and the late Gordon B. McWilliams, and had resided in the Santa Monica area for the past 14 years. In 1977, Erik graduated from Deerfield Academy (Deerfield, MA) where he was considered a huge asset to both the varsity football and lacrosse teams. In the off-seasons, he focused on weight training to prepare for lacrosse. In 1981, he graduated with a B.A. in Botany from Ohio Wesleyan University where he was a vital member of both the varsity football and lacrosse teams. He was also a member of Phi Gamma Delta fraternity. Following college, Erik almost made the cut as a professional football player but missed out due to an illness. Instead he went on to become the top selling salesman for Autodesk in the emerging 3D computer market.

In the 1990’s, Erik became very interested in Structural Integration (Rolfing) after conventional treatments for a painful football injury failed to provide any relief. When he found himself finally pain-free after being treated by a Structural Integration practitioner, he became inspired to embark upon a new career path.

In 1996, he received his certification from the Guild for Structural Integration in Boulder, CO, and began a very successful practice in Stamford, CT, where he reveled in the joy of successfully helping patients with their pain and quality of life. Erik also did post graduate work in this specialty as well as further studies in massage therapy and myofascial release.

During this period, he had been playing lacrosse recreationally, but switched to bodybuilding to protect his hands since they were essential to his new profession. Erik went on to compete in bodybuilding competitions and won many trophies. He also continued developing his athletic prowess by earning his green belt in the martial art of Shaolin Kempo. He truly believed in the balance of mind, body, and spirit and not only shared his knowledge with his patients, but practiced and lived what he taught.

In 2000, Erik was invited by the United States Olympic Committee to attend the China Academy of Traditional Chinese Medicine, and soon after began his passionate study of Qigong (energy work) at Xiyuan Hospital in Beijing, China. He studied with Grandmaster Tzu Kuo Shih, OMD, L.Ac., and graduated from the Chinese Healing Arts Center of Medical Qigong in Danbury, CT. Always eager to add to his knowledge, he continued post graduate studies in Qigong, both in the United States and China, all the while running his practice, healing hundreds of patients for the next 15 years.

Erik traveled extensively throughout the world. He revered nature and felt inner peace as he listened to the sounds of the oceans, rivers, and streams, and the wind in the pines. His parents instilled in him a love of the outdoors, traveling, sports, and fishing. While growing up outside Media, PA, and Middletown, CT, he enjoyed many wonderful hiking, skiing, riding and fishing trips with his family around the United States, Canada, and Norway. In his last days, he expressed the happiness he felt to have been born into such a loving family. Before his father passed away in 2011, they were able to share a magnificent fishing trip in Alaska, fishing for salmon alongside grizzlies.

Burial will be private. A memorial service will take place in the spring at St. John’s Episcopal Church in Williamstown, MA.

In lieu of flowers, the family is setting up a fund to be used for those who need oriental medical care and cannot afford it. Checks can be made out to Master Hong Center and mailed to: c/o McWilliams, 138 Bulkley Street, Williamstown, MA 01267. 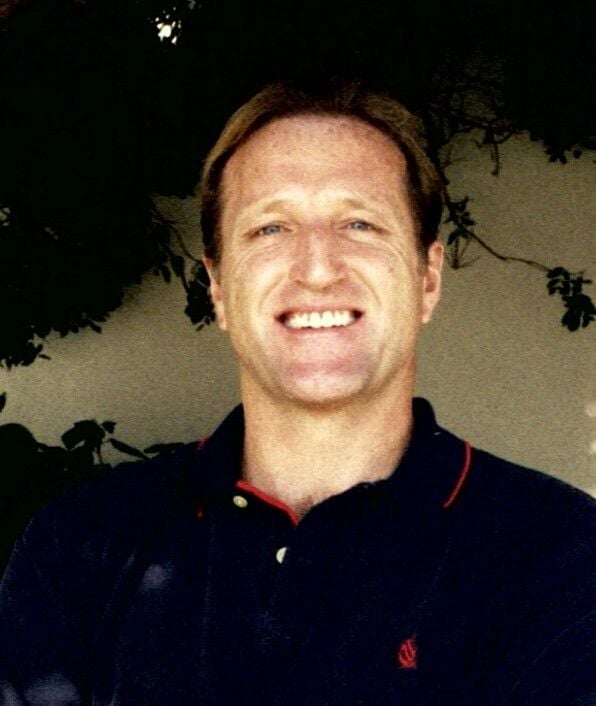