My eldest, Jason was class of 1978 at Ossining High, but now at 53 has had a second child. He worked for other people’s firms until about nine years ago when he realized that 17 of 19 clients had not even met the principals of the firm for which he worked. He started his own firm Jason Kaldis Architect and has gotten a varied type of recognition from being an architect for the most watched ABC Home Makeover show of the first season to building or remodeling more than one house for a single client. My youngest , Timothy, explored many occupations and just recently bought a house in Las Vegas for less than a third of the last mortgage and hopes to make it his base for less expensive living , low property taxes no income tax and less energy required to live there all year round. He teaches Adobe Creative Suite and is now identifying undervalued properties to people with large amounts of capital. My daughter, Xanthe, is a vice-president of Axis Capital, for which she is an underwriter in property reinsurance. This is her 6th job since leaving college.
In the last five years I have been dating a variety of women and lost one dear friend to Cancer. The joy in my recent life was a bonus child, Audrey who was born to my daughter at age 44. She is full of life and is always glad to see me. We play her games and a relationship expert, recently told me that is the way I should relate to women my age. Audrey is very bright, in a gifted and talent program in first grade in Hillside, Queens and soaks up knowledge like a sponge, writing, drawing and telling stories. 3000 miles separate me from my youngest grandchild, Eli, who paints at age two like my father as he has a painting in his house. I will have spent some time with him before he gets a little sister this November. Ava who was born last fall smiles always and sleeps through the night.
The last seventeen years have been involved in keeping up a four bedroom home in Water Mill, which I built with plans of my architect son. When the economy was rising, I was able to rent the house for the whole summer season allowing me the freedom to sail up and down the Atlantic Coast. Now that people are being a little more optimistic about their finances, I have earned more money than ever in renting.
At seventy six, I am proud of being able to remove a clutch plate from my diesel engine on my 42 feet Pearson Ketch after mechanics had removed my transmission for me to take to a transmission rebuilder. I was able to remove it and put a new one back on the flywheel. In my house I was able to put cottage molding on the sides of my staircase and install a tile backsplash [designed by my Jason] in my kitchen after having granite counters installed.
I prepared to teach history in college and graduate school at Harvard and during 26 of my 32 years I taught about areas of the world not studied in college. I wanted to be a teacher from my second year in college and can say that I have the satisfaction that my students are doing well. I enjoy debating some of the more conservative and/or Libertarian former students on Facebook. Recently three young women traveling in Europe praised my teaching as I did a great deal of traveling and brought that experience into my classrooms.
I received no training in raising children or in fixing or remodeling houses, but I have had a great pleasure in doing things other than using my intellect. The training I received at Deerfield from the Boydens and their staff, 59 to 64 years ago reinforced my previous upbringing. I try to be an ethical person, who cares and acts on that concern for others less fortunate. Being part of the Deerfield family has always kept me centered. 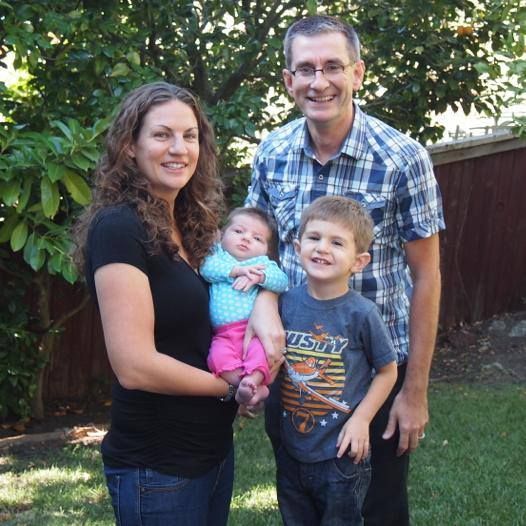