The attached picture, taken on 6 Jan 14, is me being sworn in by the Borough Attorney as the newest councilman for the Borough of Bay Head New Jersey. In addition to being the Assistant Engineer and Historian of the volunteer fire company, Secretary of the local Republican Club, and member of the Borough Planning Board, I decided to take on this new role to ensure that my retired life wouldn’t get too boring. Since retiring from the Army after 28 years as a Lieutenant Colonel in 2011, I returned to Bay Head and began work on renovating the family home converting it from a summer house to a year-round dwelling. Superstorm Sandy hit the house in 2012 (the picture below shows the garage with no walls) so much of this past year has been recovering from that. Looking forward to reunion as I have not been back since the 5th. My oldest daughter, Christina, is currently applying to PhD programs to further her goal of treating Soldiers with Post Traumatic Stress Disorder, and Allison will be graduating next year from Skidmore College. 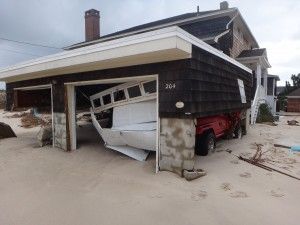 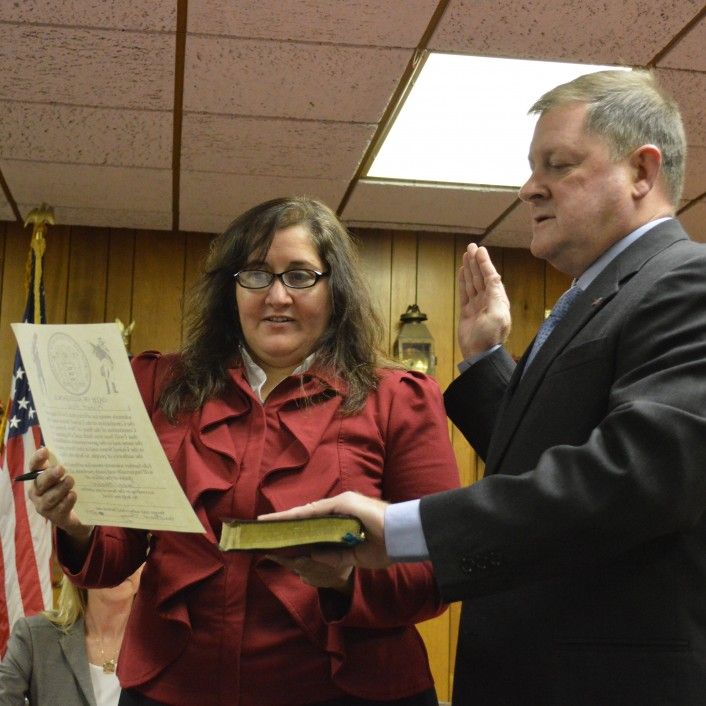