One of the first things I discovered upon arrival in Africa was that no van trip to a Deerfield athletic contest could hold a candle to the pandemonium that seemed to reign on the roads of Kenya.

The streets of Nairobi were filled with throngs of people, some waiting for public transportation, some walking, and some dodging traffic in what appeared to be a lawless free-for-all on busy streets that were under construction. It was definitely a change from the quiet streets of Historic Deerfield and Greenfield!

As we climbed up to the Laikipia plateau we saw subsistence farms intermingled with agribusiness operations that harvested pineapples, mangoes, and other fruits. In every farming community there were roadside stands selling everything from bananas to potatoes to charcoal, the main source of heat for cooking in the countryside. Big diesel trucks edged around carts pulled by triads of donkeys, and every few yards there were lone goats and cows tethered perilously close to the highway, where the grass was a bit thicker. 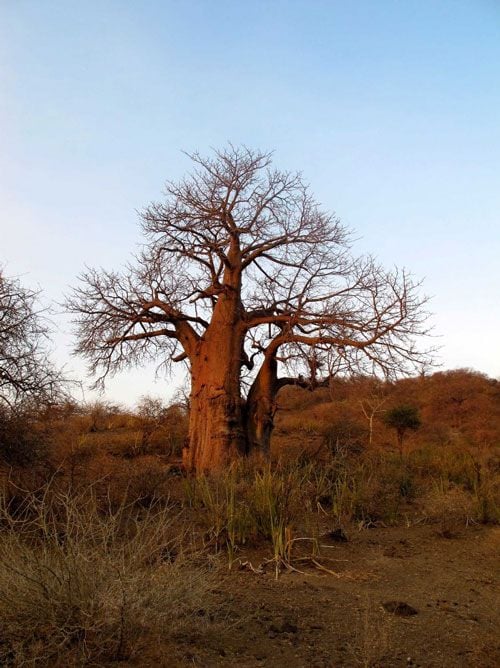 Where were my colleagues and I headed? To the 90,000-acre, self-contained Ol Pejeta Conservancy in the Laikipia District on the western slope of Mt. Kenya, the second highest peak in Africa. Our task would be to perform data collection on the health of the Acacia drepanolobium, more commonly known as the whistling thorn tree, the primary food source for the black rhino, elephants, and giraffes, and to look at animal density in the preserve. The purpose of our project was to help conservancy directors as they try to calculate the best way to sustain and maximize a suitable habitat for the black rhino population while at the same time ensuring their safety—not an easy goal to accomplish, as we were to find out.

The conservancy is virtually contained by a high electrical fence, and there are incredible ecological pressures to find the right balance of food sources without destroying the vegetation and degrading the environment, as well as the right balance of predator and prey species, all while trying to maximize the breeding rates of the critically endangered black rhinos. The black rhino, a browser with a prehensile upper lip, is under incredible population pressure and Kenyan authorities are proud of the fact that they’ve boosted the population in the country to 539 or thereabouts over the past 20 years.However, even without human “help” it appears that the black rhino has been heading for extinction for thousands of years. Why? They just aren’t very well adapted in evolutionary terms so the question really is: Will humans bring about the abrupt extinction of this unique species or will they go out of existence on their own terms?

We spent our mornings out in the field in five different research teams, measuring the Acacia drep trees in various plots that have been monitored continuously since 1999. When we weren’t doing that, we marched on prescribed eight-kilometer transects, measuring elephant dung, and performing animal counts, hand-held GPS systems firmly in hand, and always with our armed guard alongside. Associate Academic Dean and Registrar Lydia Hemphill and her group had a black rhino mother and calf charge by them . . . close enough so that their guard had to discharge his weapon to scare them off!

Away from the bush we saw extremes of wealth and poverty: from the beautiful Fairview Hotel, an oasis in the city of Nairobi, to dirt-floor country schoolrooms where uniformed students proudly recited their lessons in a building that didn’t look as if it was fit for farm animals. Their school motto, “Succeed we can, because we must,” certainly looked like it was being fulfilled, despite the conditions. Young Kenyans spoke candidly about the political corruption that seems endemic to their political system, yet they are optimistic that democratic reforms will lead to change. However, with over 40 languages spoken within the borders of Kenya and dozens of tribal groups, national political unity has been an elusive goal for most of Kenya’s young history, and, according to some of the young people we spoke with, tribal identity still trumps national identity. 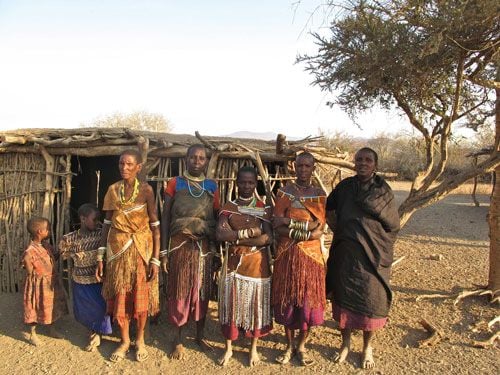 As a US History teacher, my own horizons and vision were expanded in Kenya, as I thought about individual choice in the modern world and the ways in which history often continues to influence the present. Whether the issues are freedom and democracy in a post-colonial reality or the role and responsibility of the United States in a rapidly changing world, my perspective was altered as we saw Kenya in all its magnificence and diversity—from beautiful, modern Nairobi to the natural splendor of Ol Pejeta. We witnessed the challenges facing this developing country, (not the least of which is the tension between the needs of a burgeoning human population and the desire to preserve Kenya’s unique natural environments), and felt privileged to be a part of progress, and yet, we came away knowing there are miles to go. ••