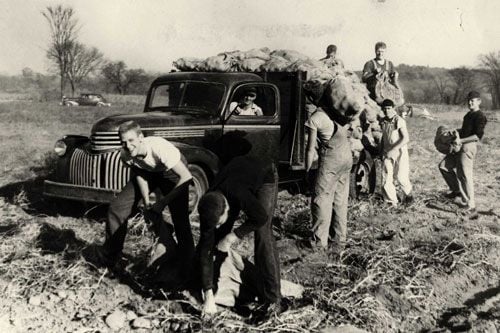 With a work ethic founded in his Yankee values and sensibilities, Mr. Boyden immediately put his boys to work when he became headmaster of Deerfield Academy and Dickinson High School. Students cut trees for the Academy’s lockers and showers, among other tasks. Mr. Boyden also offered the school’s facilities (as limited as they were in the early years) to Deerfield residents—drawing them into the school community. When local farmers needed additional hands to harvest their crops, Mr. Boyden’s students were there to help. Everyone did their part on campus, too: from waiting on tables in the Dining Hall to working on demolition crews when it was time to make way for new facilities. Organically, as part of daily life, Mr. Boyden created Deerfield’s tradition of community service.

In his 2002 Convocation speech, former Trustee Brian Rosborough ’58 noted, “Before it was called community service, Deerfield students bagged potatoes to help the farmers. Mr. Boyden knew what it meant to be a good neighbor, bagging 30 acres of potatoes . . . ”

An Ethic of Service at Work 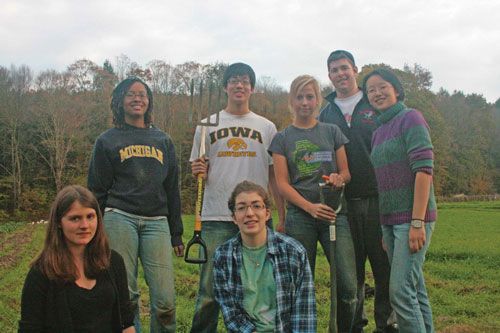 Today the Academy’s approach to service may be more deliberate but the ideals remain the same—that a strong, well-rounded education includes an awareness of others and a willingness to help. When Imagine Deerfield, the school’s strategic plan, was approved by the Board of Trustees, it directly addressed “character, community, and service” and included initiatives to bolster community service overall, to foster a greater sense of responsibility for the immediate Deerfield community, and to restructure and enhance the Academy’s service to the Franklin County area.

“We are trying to create habits of mind and heart,” said Director of Community Service Bernie Baker. An additional goal is to instill the idea that engaging in a lifelong commitment to community service is what a responsible person does in his or her life, and to emphasize that an ethic of service is still part and parcel of what it means to be at Deerfield.

One successful approach has been to utilize the existing co-curricular structure, and have all athletic teams and organizations that meet in the afternoon participate in one community service project per group, per term, and this past fall that translated into 53 projects. Each coach felt that they could give up one practice, and some found that service projects can even build team cohesion. Additional benefits have included the opportunity for older students to mentor younger students, and the fact that service projects provide another opportunity for faculty to interact with students in a meaningful way. 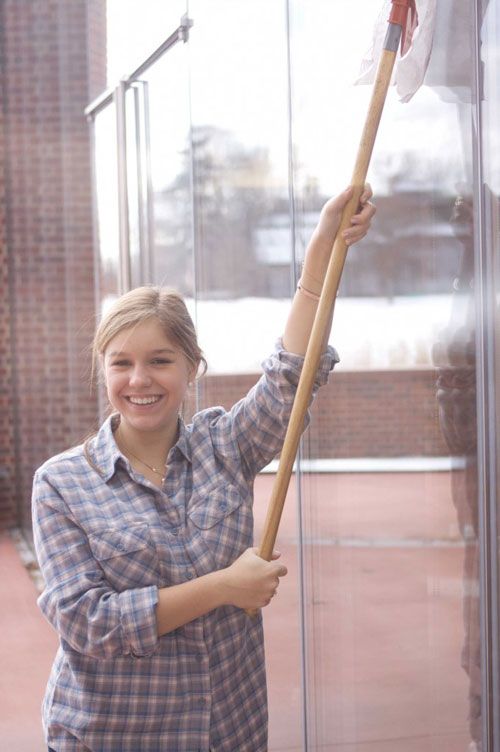 Last spring, under the direction of Assistant Dean of Students Amie Creagh, another new service initiative was launched; entitled the Deerfield Academy Perspectives Program (“DAPP” for short), the program was specifically created for sophomores, all of whom participate in one way or another. The program was expanded this year and two sessions were implemented over the fall and winter terms.

DAPP serves a two-pronged purpose: to have every sophomore complete meaningful work on campus and thereby gain an appreciation for what it takes to keep the Academy in running order, and to present an opportunity to build relationships between students and staff.  At its heart, DAPP is an on-campus work program for sophomores,  and “DAPP-ers” give up one free period a week  to work with Physical Plant staff, in administrative offices, and in the Dining Hall.

“The result is that they learn a lot about what goes into making the school run,” said Ms. Creagh. “Some also learn new skills, and gain an appreciation for the spectrum of work that is done on campus and for the people who do it.

“It was a little difficult at first to get some students, who are already extremely busy, to invest in jobs they don’t see as their purview, but then the program gained momentum, and overall, students had positive comments after fall term.”

In fact, the program is so successful that Ms. Creagh and her team are considering expanding it to run all three terms next year.

“We’re trying to instill the idea that everyone needs to pitch in when there’s work to be done, and that a community is not a community if we compartmentalize,” said Ms. Creagh.

In addition to new community service programs such as DAPP and team-based projects, the student-run, co-curricular Community Service Board continues to fulfill the important mission it has for many years. Led by senior Lucy Phillips, the board consists of thirteen students who arrange student and faculty workers for Second Helpings meals, coordinate weekend projects, recruit volunteers for Special Olympics, and more. 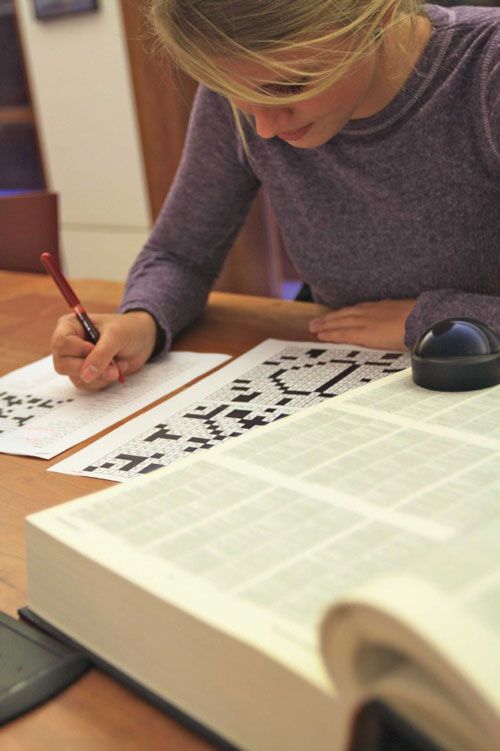 This co-curricular program is built on consistency and relationships, and most of the service projects the board tackles are ongoing from year to year. Sophomores apply to join the board as juniors, and the juniors who become board members are mentored by their senior counterparts.

Mr. Baker described one way in which the Community Service Board facilitated a local project this fall: “Community Action in Greenfield recommended that we talk to the Literacy Project (also in Greenfield), to see if they needed any student volunteers. They were not equipped to handle one of our large service teams, so I asked: ‘What do you need?’”

Due to the fact the Project’s state-funded budget had been almost completely slashed, the short answer was: supplies. Deerfield’s Community Service Board pulled together a fundraiser that generated $1200, and board members also solicited Hitchcock House, which donated boxes of notebooks, pens, pencils, and other supplies.

“When we delivered everything to the Literacy Project, the director was in tears,” said Mr. Baker. “We managed to fill their storage shelves, which were almost bare. For our students, it was eye-opening—to see a Literacy Project student smile at the sight of a pencil and comment, ‘Pencils are like gold.’”

“The local connection is very important,” said Miss Phillips. “The immediate effect we were able to have was amazing.” She added that as head of the Community Service Board, she is thankful for the dedicated group of students she works with, who remain committed to service projects week after week. “There is no shortage of need,” Miss Phillips commented. “But sometimes there is a shortage of help.”

At Deerfield, the opportunities to help are varied and plentiful; in addition to DAPP and co-curricular projects, there are blood drives, clothing drives, outdoor clean-up projects, and more. Many students are ongoing volunteers as Big Brothers/Big Sisters, and sometimes service projects even take students as far away as the Dominican Republic, where they have teamed up with local people to build houses. Both on and off campus, students embrace the idea that service is not necessarily something to do for others but something to do with others, and that the combined efforts of many people build a community.

As president of the Community Service Board, Lucy Phillips is no stranger to service projects, but she also fulfills her on-campus obligations, such as working on the Dining Hall dish crew. Her thoughts on the job?

Miss Phillips isn’t the only student to have grasped the concept that working for the Deerfield community can be energizing, enjoyable, and fulfilling. A whole brigade of students works in areas that don’t technically fall under the guise of “service,” including peer counselors, tutors, and tour guides, and they all contribute to the spirit of community on campus.

Last spring at the final School Meeting of the year, Bernie Baker asked all Big Brothers/Big Sisters to stand up; he asked anyone who had participated in co-curricular service to stand up; he asked those who had donated blood to stand up; and on and on. By the time he was done, there were only about fifteen people not standing. “I think that shows the strength of our community and our service program,” he said.••