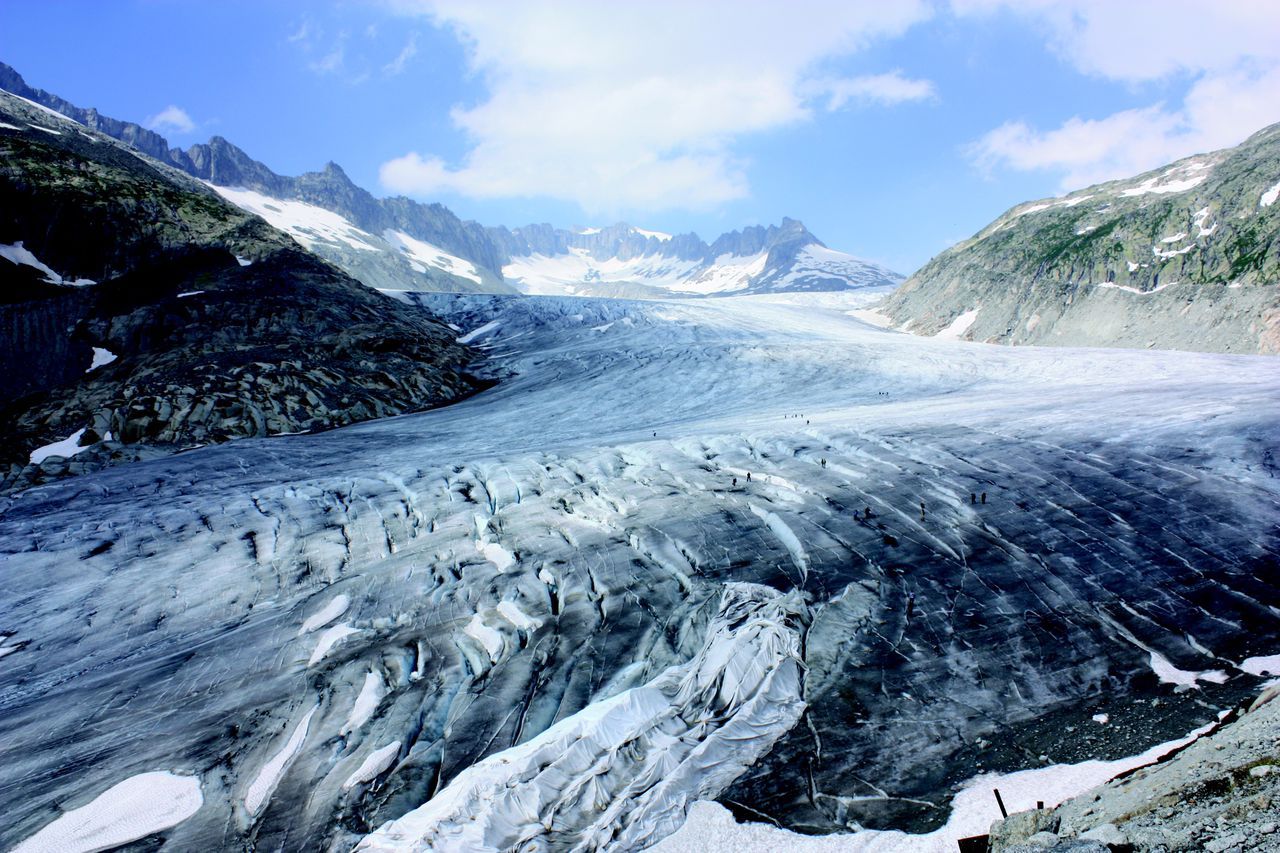 It all started with a Big Bang: the universe, and all we are, and know, and do. “Goldilocks conditions” that led to an ideal mix of elements, coming together to create the fundamentals necessary to result in life as we know it. At least that is the accepted scientific theory . . .  And that is where “Big History” begins . . .  As for the end, well, that part of the story is yet to come.

If it’s overwhelming to think about learning 13.7 billion years’ worth of history in one short academic year, that’s understandable. But Big History isn’t about memorizing the entire history of the known universe. It’s about putting the universe, and our role in it, into perspective. It’s about understanding the processes that brought scientists to the generally accepted conclusion that the universe did start with a “big bang,” and then questioning those processes. It’s about how and why we think about science and
history, and their relevance in how we interpret the here and now. It’s about dissecting how we learn about the world around us. It’s about learning how to think about that world through a critical lens. And, it’s just cool.

For Conrad Pitcher, Big History came into sharp focus after a conference last summer; he gained the support of Academic Dean Peter Warsaw and science teacher Heidi Valk, and when 25 students signed up for the two-period class, the rest, as they say, is history. For freshman Jack Wood, Big History was his first choice. He considers himself more of a math and science person, but was intrigued by the course description. Only halfway through the year, Jack says it has changed his perspective on history and how science has developed as a discipline over time. “It’s changed how I look at things today; the significance of ‘today’ seems so small…” 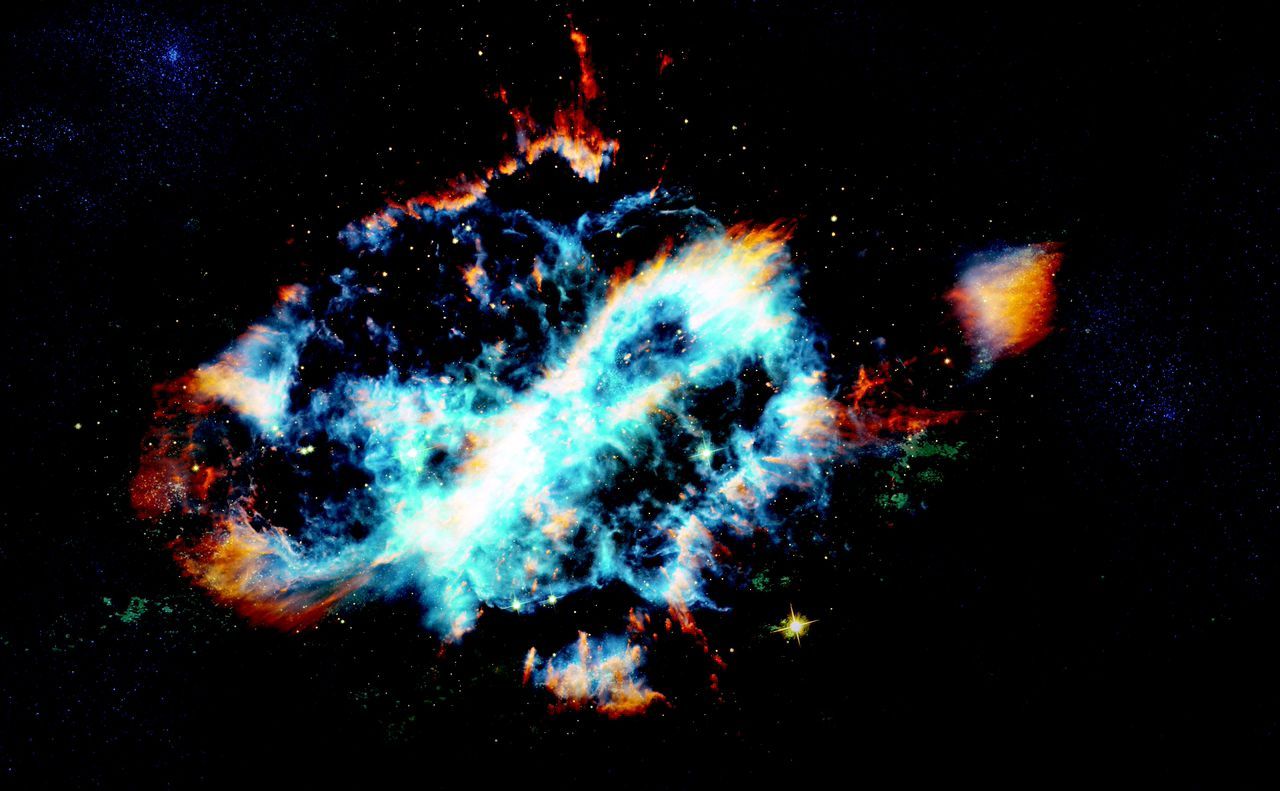 So what exactly is the story behind the classroom experience? It began Down Under. David Christian, a professor at Macquarie University in Sydney, Australia, is widely regarded as the father of Big History. The program is his brainchild and a popular course at Macquarie. Generally speaking, it’s a macro history class with an interdisciplinary approach that, with the help of heavy hitters such as Bill Gates, who provided all initial program support, has been adjusted to fit into a high school curriculum. Bob Bain, Associate Professor of History and Education at the University of Michigan, oversaw all curriculum design and delivery for the classroom course, and then the doors were thrown wide open: All materials and training, for both students and teachers, are free and available online. A search for “Big History Project” and a couple of clicks will take you to their homepage, where anyone who wants to can take a six to eight hour course that reviews the core elements of the larger program that is being taught in over 75 high schools throughout the United States. The pilot program is now in its third year, although this is year one as far as Deerfield is concerned.

As part of the program, Pitcher and Valk participate in meetings with other teachers and institutions in an ongoing process of course development. A portion of their supplemental classroom materials comes from their participation in these meetings and closer collaborations with a few other schools involved in the program, such as Lawrenceville. And while the core curriculum has been set, each school and teacher has the flexibility to supplement material and customize in the classroom. Pitcher describes it as a unique and stimulating situation; a benefit of participating during the early stages of the program is the opportunity to interface and share teaching materials and strategies.

Since the pilot program is now in its third and final year, and the full course was made available online this past fall, most of the collaboration between pilot schools has morphed into regional associations. Pitcher and Valk have access to bi-weekly electronic gatherings as well as a more intimate association with a handful of schools. Over the summer they hope to meet with an inquiry board about the possibility of building a labs section into the course. Like all of their meetings, this meeting will help inform and shape future course planning so that teachers can determine what works best in their individual settings. In short, Big History is designed to evolve—much like the universe it explores.

“Education is never neutral. It either liberates, domesticates, or alienates.” 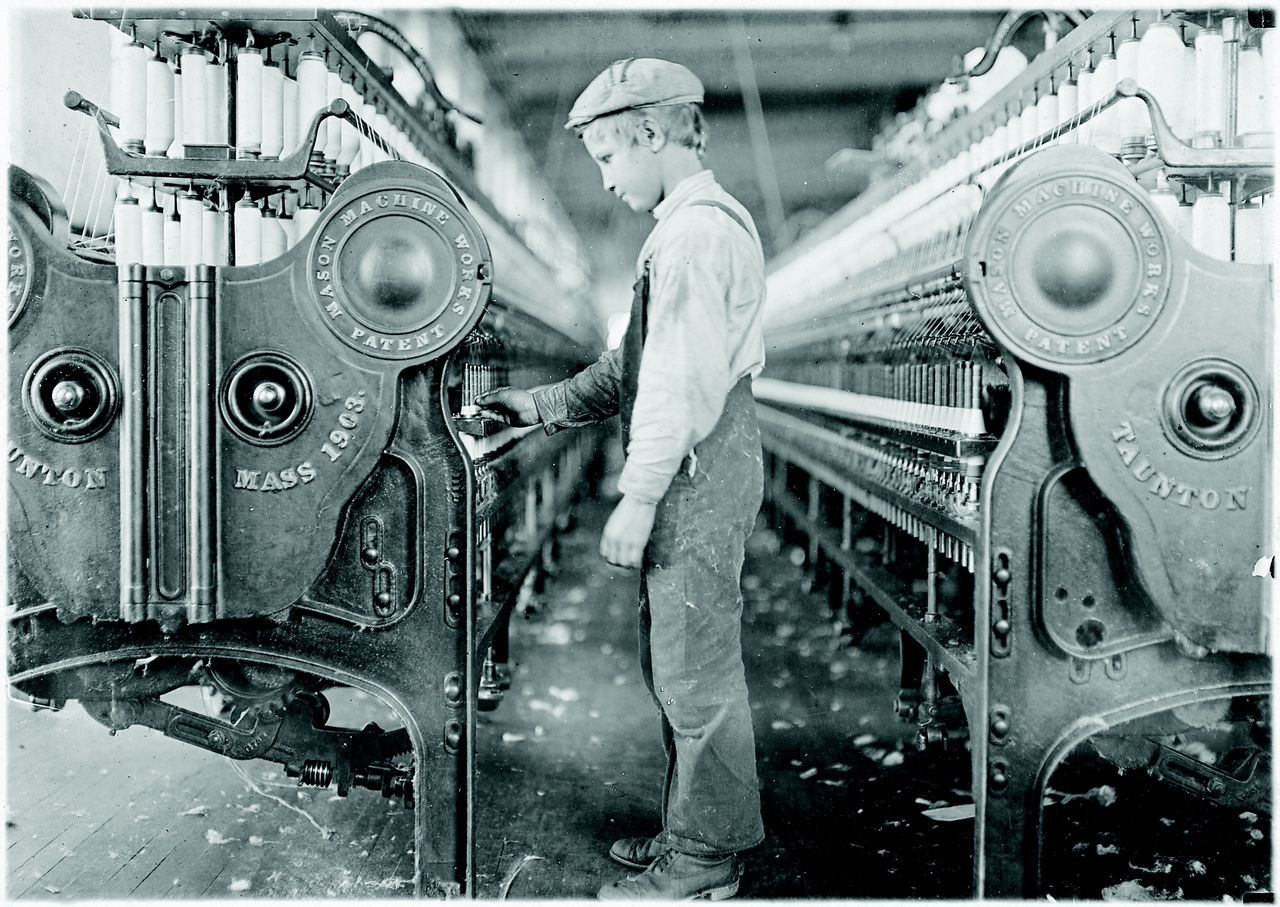 Paulo Freire’s words hang on the wall of Classroom 17 in the Main School Building, where Pitcher and Valk teach. Freire was a leading proponent of what’s known as critical pedagogy, which can be described as “habits of thought, reading, writing, and speaking that go beneath the surface meaning, first impressions, dominant myths, official pronouncements, traditional clichés, received wisdom, and mere opinions, to understand the deep meaning, root causes, social context, ideology, and personal consequences of any action, event, object, process, organization, experience, text, subject matter, policy, mass media, or discourse.” There is likely not a better way to describe the philosophy behind Big History, or for that matter, behind the evolution of education at Deerfield.

Much like the glacier that carved the Pocumtuck Valley, change at Deerfield can be a slow process —if only because of the level of care and deliberateness with which it takes place—so when Peter Warsaw began a collaboration in 2011 with seven of the Academy’s peer schools, it was at first an exploratory mission to discover how best to incorporate an AP/Cambridge Capstone project into the curriculum. The result at Deerfield was “American Currents/Global H2O”—a two-year interdisciplinary course offered to juniors and seniors to help them develop “stronger backgrounds in independent research, collaborative teamwork, and 21st century knowledge and skills.” (For an in-depth look at Global H2O, visit deerfield.edu/go/globalH2O.) It turned out that was just the beginning. 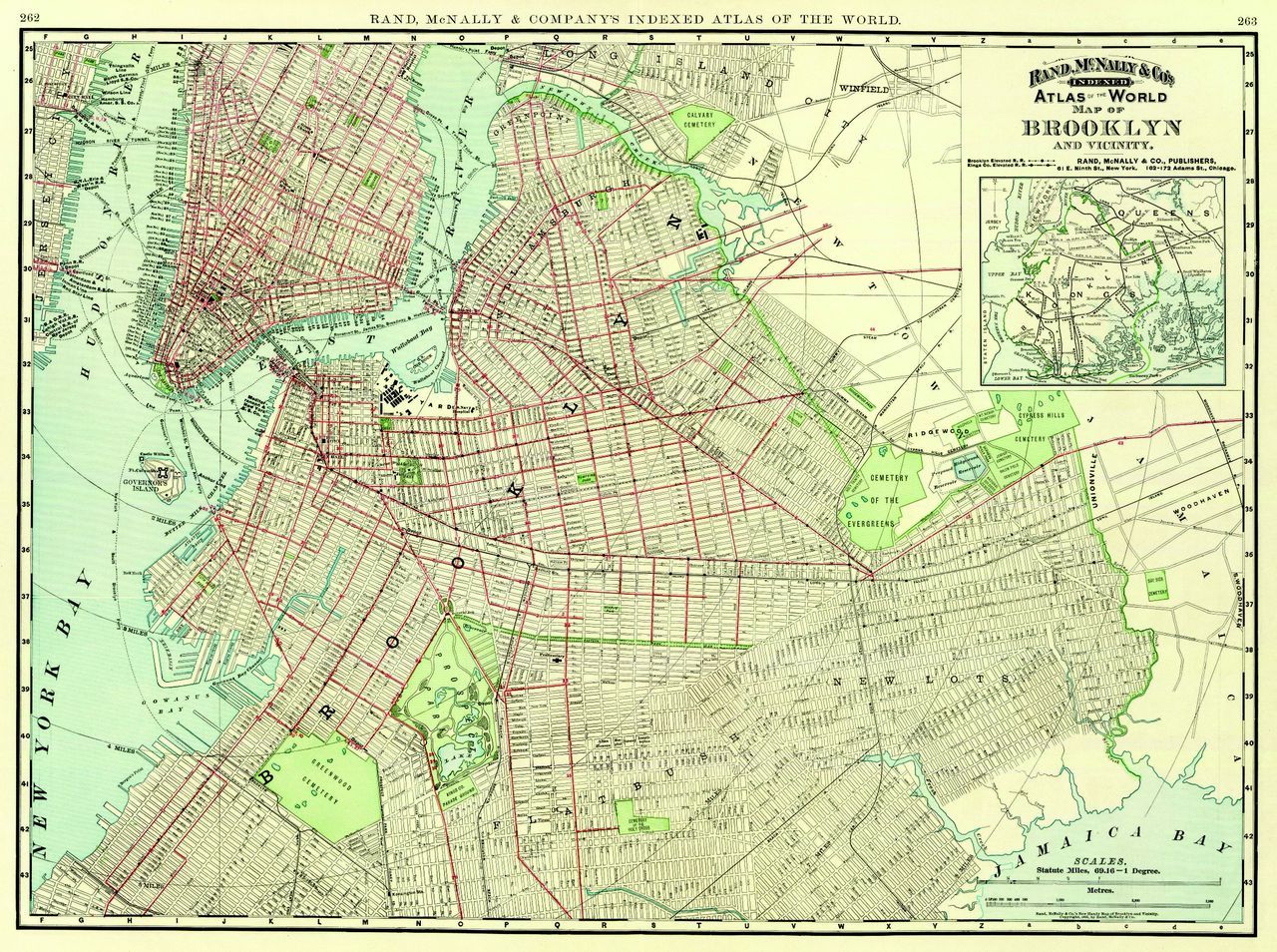 Inspired by collaboration with colleagues both on and off campus, Warsaw says a new vision of the ideal Deerfield graduate has emerged. That young woman or man will possess curiosity, creativity, initiative and independence, grit and resilience, an ability to collaborate productively in classroom discussions, and disciplined work habits. Big History and Global H2O are evidence of an educational shift. Warsaw describes it as a “transition from thinking of ourselves as purveyors of context to developers of essential skills.” In this new model, “having the right answer is not as important as asking good questions.”

In other words, the old educational standard of teaching “at” students, expecting them to take in, memorize, and spit back out large volumes of information, is being replaced with a model that requires students to think about where information comes from, how modern beliefs have been formed, and how to draw their own conclusions based on research, analysis, and critical thought. So when Conrad Pitcher floated the idea of getting involved in the Big History pilot project, Warsaw recognized it as a natural fit for this new vision.

Not all the schools teaching Big History offer the course with an interdisciplinary teaching team, but Deerfield students are finding that this approach offers big advantages. Sophomore Nina McGowan likes the dynamic; she says having two experts in one class helps her get more out of the material. “My favorite thing [about the class] is that it’s interconnected—we apply and make connections with other subjects.” Recently Nina and her classmates explored Darwin’s research and contribution to the theory of evolution. Valk, as a science teacher, was the engine driving an explanation of evolutionary theory itself. Pitcher, as a historian, gave context to Darwin’s role in the development of the theory during the Victorian era.

For Jack and Nina, and their classmates Lucas Tupinamba and Maddie Thies, it’s their first class with an interdisciplinary approach. Maddie says they strike a “good balance, bouncing ideas off of each other” during class. She decided to take the course because she is fascinated by origin stories, and she particularly enjoys the discussion-based nature of the class. It has made her realize “how amazing it is that [we] are here at all.” Lucas, on the other hand, is a bit more pragmatic when it comes to Big History: what he appreciates most is the class’ duality. When it comes to interpreting history, he thinks it is essential to be presented with two sides to every story. 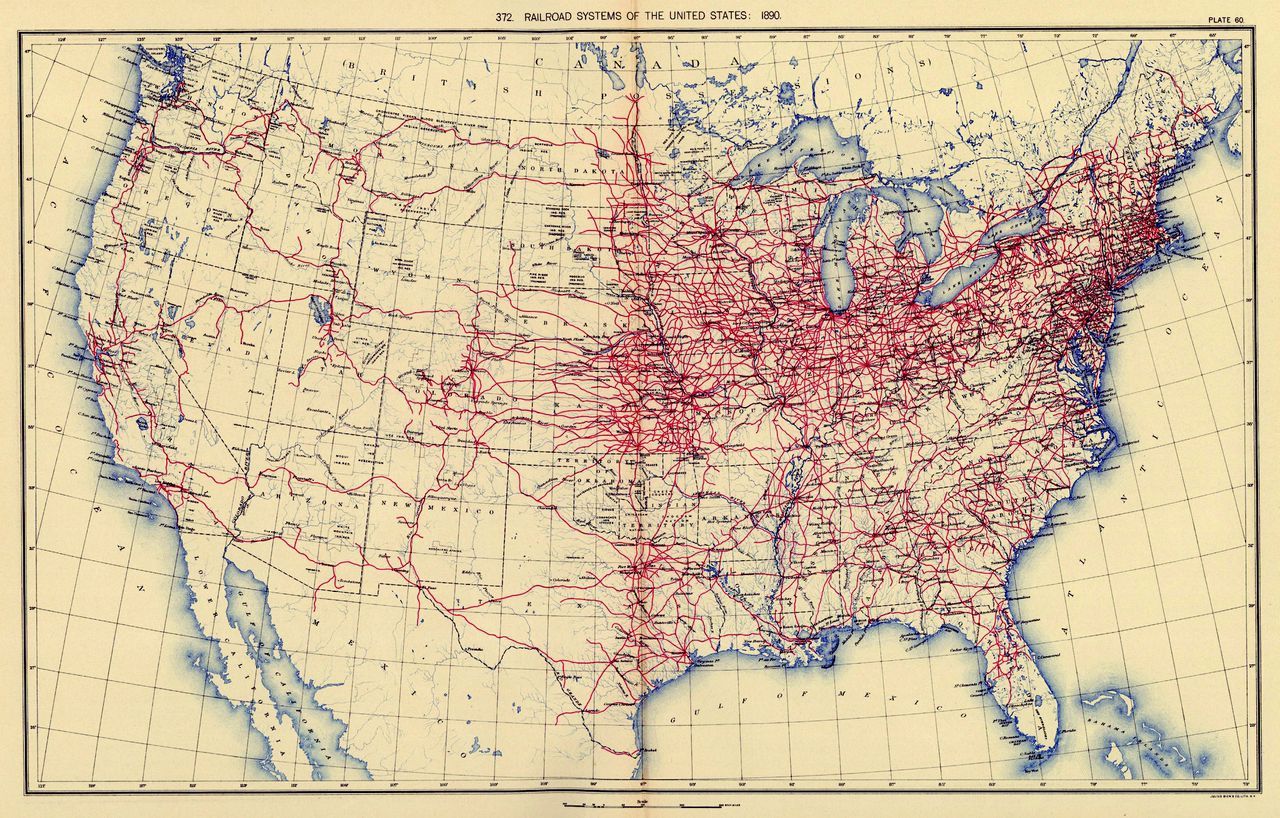 While Global H2O was designed for juniors and seniors, Big History has been developed to target freshmen and sophomores. The course runs for a full year and its ten units each build upon the previous one; students are presented with both macro and micro context for the issues being explored in each unit. Unit 3 (Stars and Elements), for example, covers how new points of view pave the way for progress. The previous unit, The Big Bang, set the stage for the notion that theory is a product of conjecture, exploration, experimentation, and constant revision. During class, students explored the differences between alchemy and chemistry and how Mendeleev’s Periodic Table came to be embraced by the scientific community. Each student was then assigned an element from the table, and asked to write an essay—or “little big history”—on his or her element, exploring its origins, historical context, and uses over time. 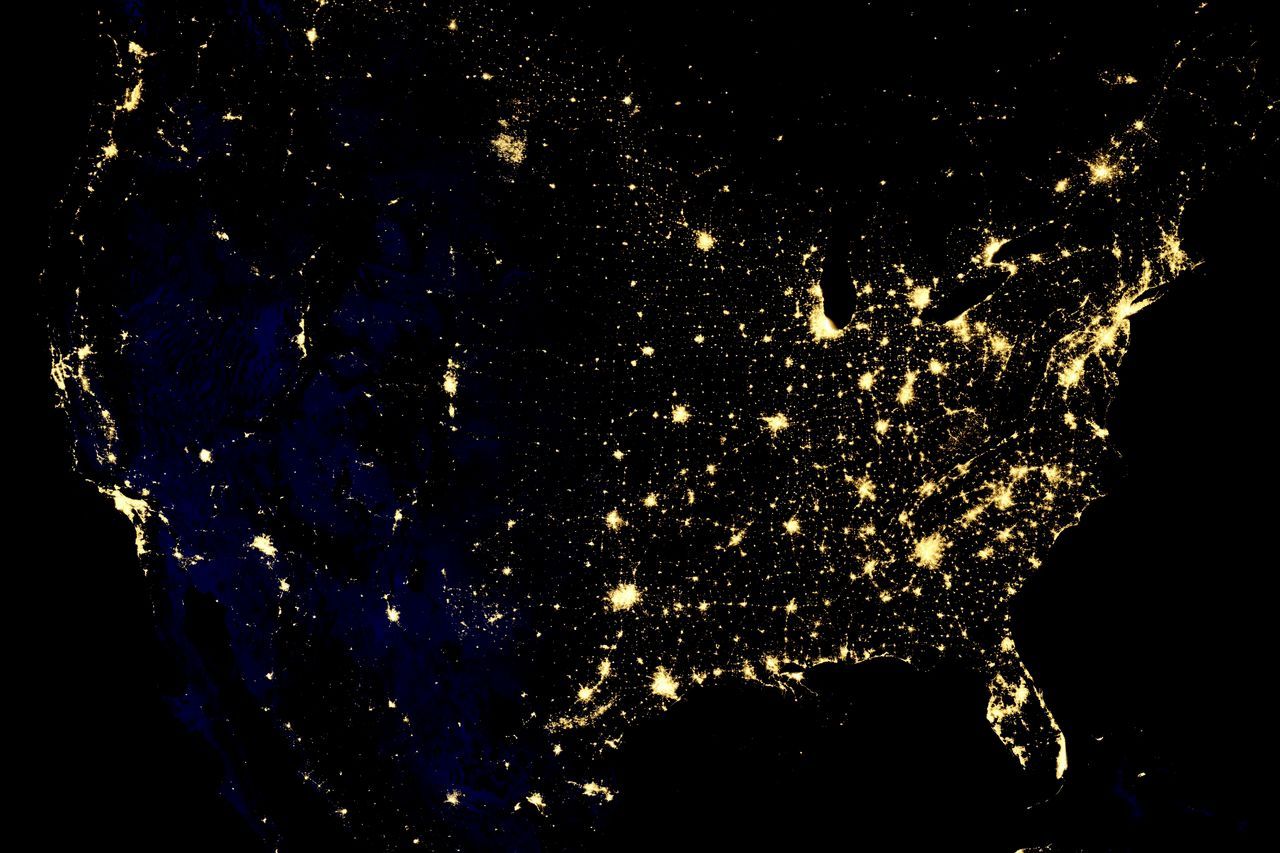 The assignment criteria were demanding and specific, but directive and compelling as well: Students were asked to tell a story about their element rather than just regurgitate a list of facts and known quantities. Each student needed to consider where his or her element originated, what its properties were, how and when it was discovered, how its uses have evolved, and what its human significance has been. They were called on to analyze perspectives, draw conclusions, make comparisons, evaluate impact, and consider ethical, environmental, and/or moral implications surrounding the uses of their elements. Nina, for example, was assigned aluminum, once considered more valuable than gold. Her paper explored, in part, the advent of an economically viable way of unbinding aluminum and how this impacted its value and industrial uses.

Along with encouraging each student to develop an inquisitive and creative mind, sound body, and strong moral character, Deerfield’s goal is to prepare them for leadership in a world that requires global understanding; to this end, there is no doubt that understanding that tradition, heritage, and history are dynamic forces not confined to the past is crucial. Everything about Big History seems serendipitously designed around these goals—helping students consider how the minuscule fits into the grandeur of creation, and how we, as humans, factor into the larger universe, as well as how we want to fit into our own societies.

For Lucas, this means he has learned that “things are not as simple as they appear to be. Species have an opportunity to change; I have an opportunity to change. . .” For Heidi Valk, teaching this course is an opportunity to be part of a class that is “leading us into the future,” and Conrad Pitcher would leave his students with this thought:  “Good, sound, critical thinking knows no disciplinary bounds, but highlights our commonality. Big History gives students who are young in their Deerfield careers a wonderful introduction to becoming independent learners.” ••